DJI have made a huge impact in the imaging drone industry and while it is known for flying imaging rigs, it also has a host of accessories to enhance the whole aerial videography experience. One of the little known accessories that was ’subtly’ introduced last year is the DJI Dropsafe drone parachute system. Though the intention was of this accessory is to safeguard your equipment in the event of a failure mid-flight, DJI is quick to point out that Dropsafe is “designed to reduce the drop speed” and hence, but not guaranteed to protect your equipment, prevent injury or property damage. Regardless of the disclaimer, we still think a preventive measure, though not guaranteed, is still better than no protection against a direct, brute smack into the ground. 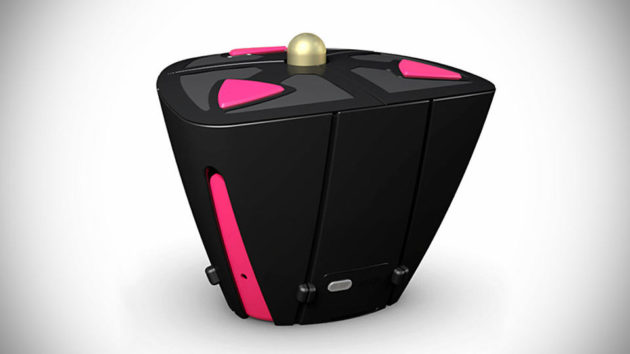 That said, we can understand where its maker is coming from. Factors like strong gust, parachute entanglement and such, which are not foreseeable or mitigable, can prevent a system like such from functioning to its fullest. The device, which has a shape that reminds us of a Chinese takeaway box, is installed on top of a drone and can be deployed either automatically when the system detects a “fatal malfunction” or remotely by the pilot via through a preset dedicated switch on the remote controller. Upon activation, the drone power will be cut off to facilitate a smooth descent. In addition, it has a backup battery so that the system will still work even if the main battery fails.

The parachute is re-usable, has a minimum effective deployment altitude of 6 meters (19 feet) and can be deployed in under a second. Though it worthy to note that CO2 canister is being used as the “ejecting” agent of the system and is not included with the product. DJI Dropsafe Drone Parachute System is compatible with DJI A2 flight control system and is designed to fit DJI S1000+. S1000 and S900 flying platforms. That said, users of popular rigs like the Phantom 3 and Inspire 1 will have look to third-party solution such as the SmartChutes if cushioned emergency landing is what they are after. And also, it does not come cheap, costing a cool $850 a pop. But that’s probably a fraction of your flying video rig, so I guess, it should be worth the investment.