Forget what you know about virtually reality or augmented reality games, because Drone n’ Base from Slovakian company Anima Technika want you to take drones battle and drone race into the physical world. With Drone n’ Base, you battle or race in the real world with real physical palm-size drones. It offers a variety of gaming mode suitable for single or multi-player and is controlled via smartphone or tablet. This immersive remote control toy consists of two parts: the drone itself and a base that serves as the target or power boost pad when flew over.

The aircraft features quick swappable battery rated at 350 mAh that offers up to 7 minutes of flight time, Bluetooth wireless connectivity for a range of up to 100 feet (30 meters), infrared shooting and receiving technology, and sensors like gyro, accelerometer and magnetometer, so you can spend more time playing the actual game than it is trying to master the flight. The base runs off the same 350mAh lithium polymer battery, which gives it up to 60 minutes of run time and it naturally, has the same infrared shooting and receiving technology with some color LEDs to boot. 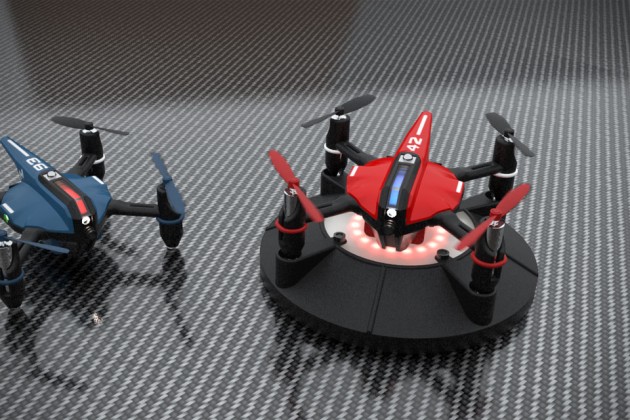 The setup comes with a unique USB charger that’s capable of charging up to four batteries simultaneously. Replacing battery for the drone can be accomplished in seconds. The same goes to the base. The Drone n’ Base is essentially an app-driven game, but with the environment set in real life with real vehicles – it is doing something like what Anki does to toy race cars. Drone n’ Base Race and Battle Drone is available as pre-order on Indiegogo for $99-$199. You won’t be able to get it by this Christmas, though; delivery is anticipated to be sometime in August 2016, which could be a serious deal breaker for some.

NOW READ  This Vintage Racing Watch Series From Ferro & Co. Is Dedicated To All Motorsports Enthusiasts 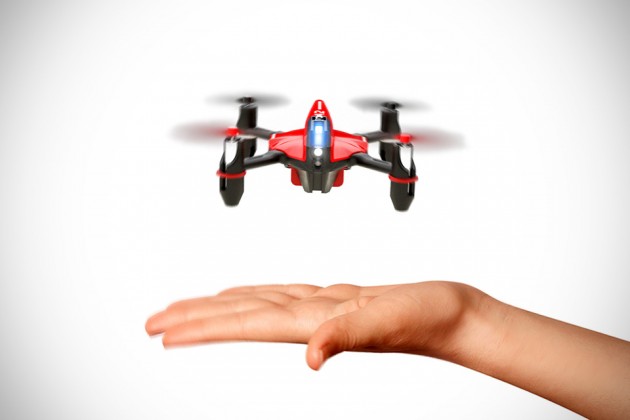