Apple’s iPhone has enjoying quite a success in China, well at least it was with the iPhone 6. However, it could be more successful if the device had what Chinese consumers needed most: dual SIM support. Dual SIM is a way for migrant workers to keep in touch with both their families back their hometowns and also continue communication with their new found friends in the new, strange cities they are in. Obviously, they could have buy another device, but it would be a hassle.

Anyways, as it turns out, a China company called Ultrasnow (超雪) has developed a dual SIM solution for iPhone. Yep. Dual SIM iPhone. Honestly, we didn’t think it is even possible, but apparently, Ultrasnow has done it and the company has launched it latest, improved version that will make the dual SIM experience more stable and more seamless. To able dual SIM support, Ultrasnow has developed its own SIM card call SIM small (sim小) and the second-generation iteration, aptly called SIM small 2 (sim小2), reportedly uses glass fiber PCB and metal carbon sheet for contact accuracy of up to 0.01 mm, thereby enhancing the contact reliability which plagued the previous version. 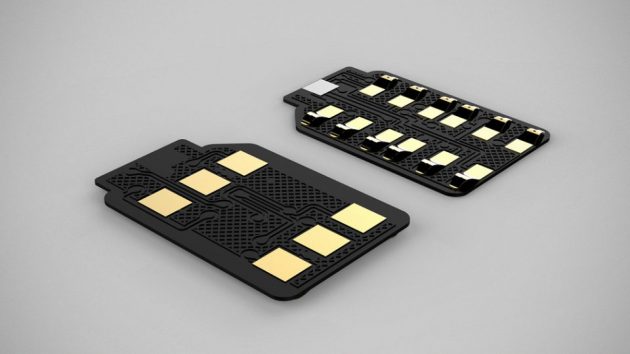 Now, the thing is, this world thing is rather vague to us. But it appears that Ultrasnow managed to develop an entirely new SIM card that is super tiny and therefore, allowing two of the SIM to reside in a single iPhone SIM tray. It looks like a SIM tray integrated with two SIMs to us. This is not being widely reported and basically every source we look up, seems to be regurgitating the same information which is not very helpful to our curious minds.

If SIM small two works as promised, it may encourage more iPhone users in China where Android reins supreme, mainly due to its affordability and dual SIM support. Anyways, SIM small 2 is still not available for sale yet and even if it does go on sale, it will be tailored for China’s networks.