Though it has its funny moments, the silver screen version of Doctor Strange is anything but kawaii (cute) and while some comic/movie collectible makers would rush to create movie-accurate action figures of the Sorcerer Supreme, Beast Kingdom chose to dish out the cuter version under the brand’s Egg Attack series. So, yes. Strange can be cute too and even with a stern expression, he’s wayyyyyy too cute! Then again, I have no issue with the angry cute look. 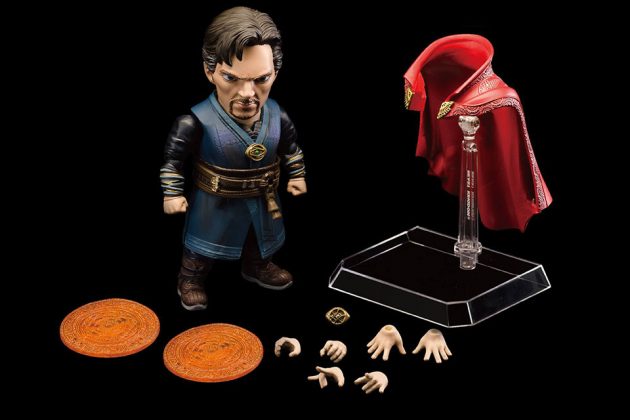 Notwithstanding its adorable size, Egg Attack Doctor Strange Action Figure by Beast Kingdom is pretty well equipped… in the features department, which include 26 points of articulations, a removable Cloak of Levitation, additional four pairs of hands, a pair of Mandalas of Light, and an alternate Eye of Agamotto pendant. Even more impressive is the accurate likeness to Benedict Cumberbatch, albeit the cuter version and also, movable eye mechanism within the head. Well, to be honest, the latter is kind of new to me and I am sure it is the case for most too. Seriously, not everyday you find moving eyes in action figures, do you? 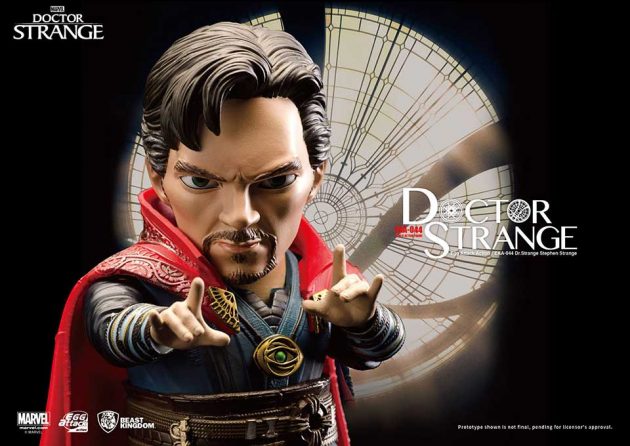 You can pick up Egg Attack Doctor Strange Action Figure by Beast Kingdom as a pre-order over at BigBadToyStore for $69.99. Estimated arrival of the product is sometime in Q2, 2017. Hmmm, why do we have a feeling that there will be floating version like Beast Kingdom did for Iron Man? Perhaps, one with Stephen Strange sit crosslegged and levitated? That will be insanely rad! But until that happens, that’s if it even will happen, you will have to content with cutie Strange for now. Continue reading to steal a few more looks, courtesy of Beast Kingdom/MightyMega. 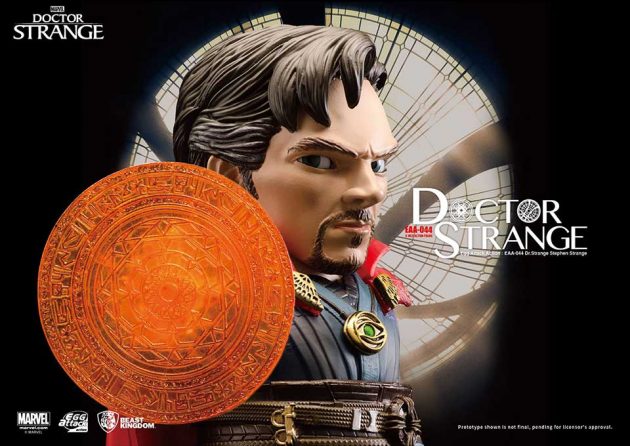