Star Wars movies are set in, presumably, a civilization far more advanced than mankind. However, the funny thing was, there were no smartphone or anything vaguely resembles one that could let them communicate at will like we do. Lucky for us, we do have this technology available to us and hence, we, specifically folks residing in Japan, will get to enjoy these Sharp Star Wars-themed smartphones offered by Japanese telecommunication giant, Softbank. There’s no question about these phones are a bid to ride the wave of the Rogue One: A Star Wars Story hype and they should work pretty well in the Land of the Rising Sun as, apparently, Star Wars is pretty huge over there. 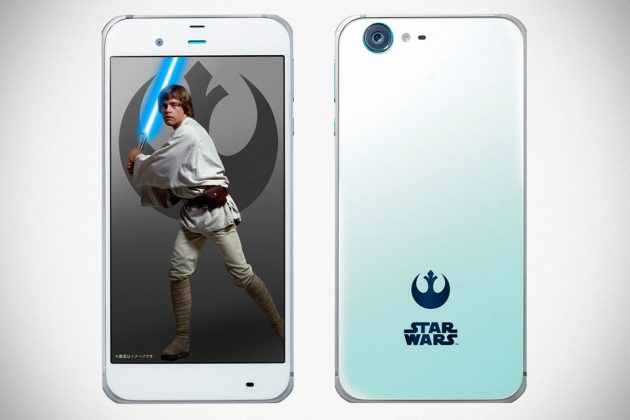 Anywho, two flavors are offered, namely, Dark Side and Light Side with the former getting a dark red chassis topped with the Empire’s insignia and the latter, decked out in ice blue color embellished with the Rebel logo. Apart from the obvious hardware cosmetic touches, the devices also pack with software cosmetics, including live wallpapers, themes with realistic UI that mimics the cockpit of a X-Wing or a TIE Fighter, the requisite faction-specific icons, Star Wars-themed apps, emoji, alarm clock, calculator, and of course, ringtones. 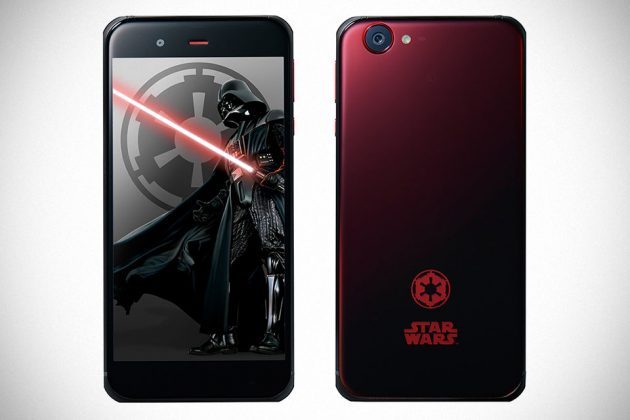 Beyond the glittery offered by Star Wars theme, Japan consumers can expect features like a 5.3-inch FHD display, a quadcore Snapdragon 820 chip with 3GB RAM, an onboard storage of 32GB – expandable up to 256GB via microSD card, naturally, a whopping 22.6MP main shooter, and a 3,000 mAh battery. Sharp Star Wars-themed Android Phones from Softbank was released on December 02, 2016, priced at 42,270 Yen (or about US$373 at the time of this writing) with contract.