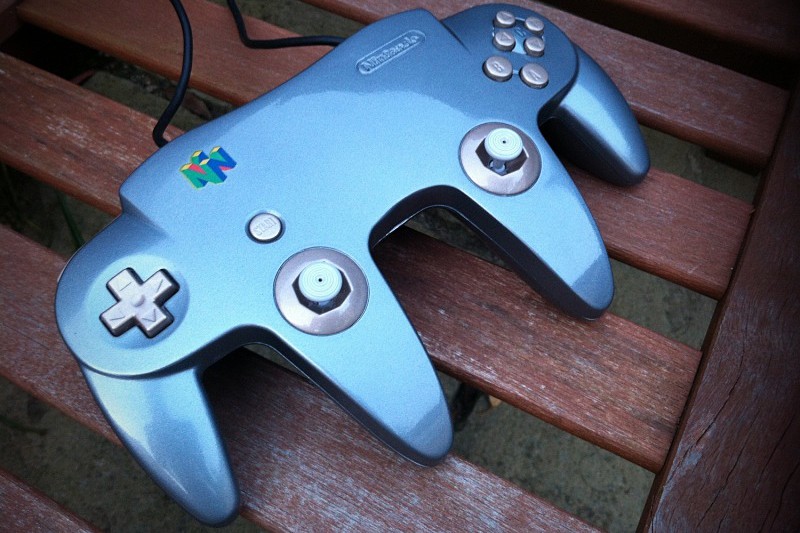 strange as it may sounds but some thirteen years ago, Star Wars: Episode I Racer on Nintendo 64 has a code where users can enter, thus allowing the player to user two N64 controllers to control the pod racers’ engines individually. naturally, would require two players collaborating in harmony in order to win the race. however, if there’s just one player then you probably need a custom controller like this EL QUADINAROS Dual Analog N64 Controller. i will be honest with you: i am not keen in whatever separate engine controls the game hidden mode has to offer (it’s an ancient game, alright) but i was totally amazed by how this UK modder, by the name of Clarky, managed to fuse two N64 controller together so beautifully. it is so sleek that it is hard to believe that this particular controller is custom DIY made. very impressive indeed. anyhow, click past the jump for a lengthy video of this awesome custom controller in action. there is a lot going on, so you might want to skip to 5:15 to see Clarky race using his work of art.

Made By Bacteria via Kotaku