It is well documented that over intake of salt is one of the main culprits of high blood pressure. Our body reacts by introducing more water to get rid of the excess salt, which for some people, may lead to a rise in blood pressure. That said it is critical that we understand how salt’s effects on our body. 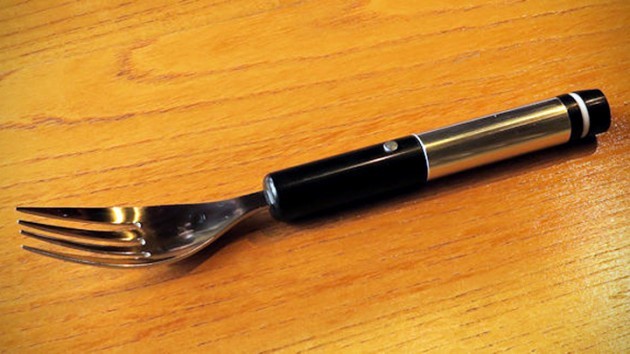 While we know the downside of salt, we can’t do without them. The key here is moderation, but what if a person has reached the point that he or she should not be consuming salt at all? Well, it looks like help is here – thanks to a special fork known as “Electro Fork” developed by Rekimoto Lab at the University of Tokyo.

Electro fork, as the name implies, is an electric fork that simulates salty tang by stimulating the tongue with mild electricity. The concept is based on using electric stimulation to test if the taste cell of a tongue is functional and apparently, by introducing a jolt of electric current, the tongue sends a signal to your brain that it experiences a salty, or in some instances, sour flavor. Leveraging on this phenomena, the Electro Lab project, lead by Hiromi Nakamura, came up with a fork that’s capable of sending an electric current at a press of a button. 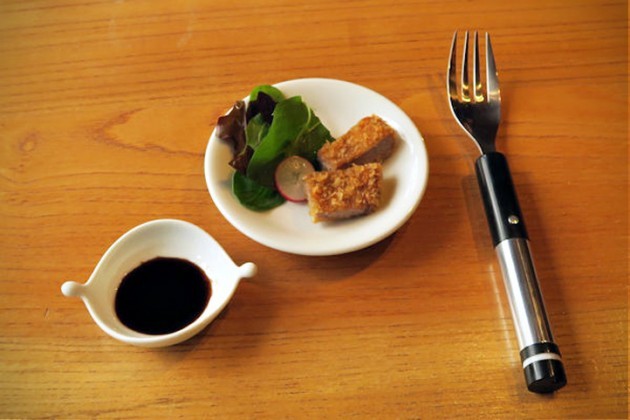 The button is located on the cutlery’s handle and is user activated. A knob at the end of the fork allows user to fine tune the intensity of the electric to create a varying taste that ranges from salty to sour to (oddly) metallic taste. I am sure the last taste was a side effect of this electric therapy cos’ there’s no way we would enjoy metallic tasting food, or would you? The saltiness is reportedly more pronounced when consumed with food that has spices like pepper and garlic. We can’t help but to wonder how does it feel. I mean, with the electric current on a sensitive organ like tongue, wouldn’t it hurt at least a little? I don’t know.

Anywho, a prototype has been made and tested at the “No Salt Restaurant,” a project dining place that, as you guessed, offers salt-free meals. The product, which cost 18 bucks to produce (less the fork’s cost), is targeted at folks who need to watch their salt intake. No words on whether it will be made a real product, and if yes, how much will it cost.