Forget about clapping your hands to turn on the lights. That’s so passé and so impractical. Seriously, can you imagine clapping becomes forbidden in your own home for fear of turning on or off the light for no reasons? Well, with the Elgato Eve Connected Light Switch there’s no such worry because you will be using voice to turn single or multiple-bulb setup, which is obviously the better way. Eve Light Switch, a creation of Munich-based outfit, is the world’s first light switch with Apple’s HomeKit technology that, when set up, allows you to control existing bulbs through Siri. And you know what that means? It means you are in the future where you can just speak into your Apple Watch and ask Siri to turn the light(s) on. How cool is that? We think it is super cool. 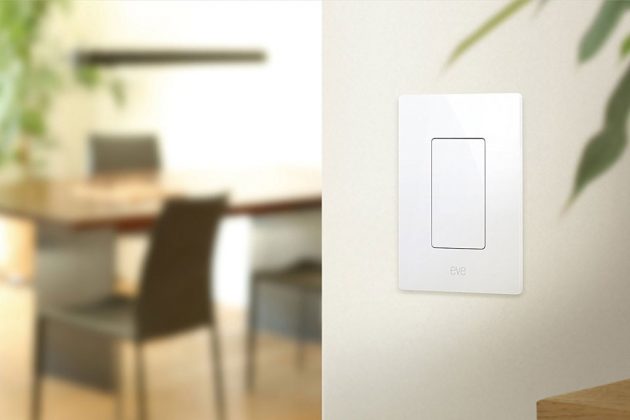 While using voice is a great and futuristic way of switching on and off lights, Eve, which features a capacitive touch sensor, also allows you to turn the light on and off manually, so you won’t feel that you are being relegated back to the ancient time when you don’t feel like voicing out (or you could use the app too). Sporting a clean, white wall plate, Eve uses Bluetooth low energy for communication and serves as a intermediately between the switching pole of your light and your Apple device. This means Eve is a direct replacement of your existing single pole switch and it can be easily DIY-ed.

NOW READ  Why Smart Homes Will Be Our Future

There’s catch though; it don’t just work as you do need the fourth-generation Apple TV and have it setup as a Home Hub in order for Eve to work. When used with HomeKit-enabled Philips Hue, you can even control brightness and color too.

Elgato Eve Connected Light Switch is one of Elgato Eve line of HomeKit-enabled accessories and it is available as we speak for $49.95 a pop. Go check it out.