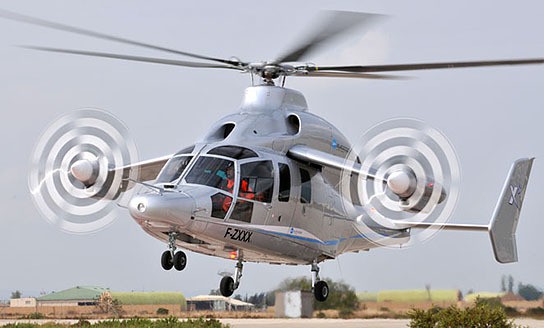 remember the Eurocopter X3 Hybrid that we featured here last December? well, between then and now, it has reached another milestone. a test flight carried out on the May 12, the X3 managed a true airspeed of 232 knots (430 km/h) for a duration of several minutes under level flight. thanks to the upgraded gearbox that allows the X3 to operate under full engine power, maximizing its true potential. with this milestone, the X3 has performed better than its original goal of 220 knots (407 km/h).
[ad#Google Adsense-text-468×60]

onboard the Eurocopter X3 is a pair of turboshaft engines that powers a five-blade main rotor as well as the two propellers on either side of its short-span fixed wings. the last test was initiated last November where it achieved a 180 knots (333 km/h) true airspeed at a reduced engine power. this latest test result was carried out at the DGA Flight Test Center in Istres, France. naturally, Eurocopter are more than please with the test result, as it not only attained its speed target but also proved that X3’s ability to handle basic maneuvers and has flight characteristics “comparable to the best traditional design helicopters currently in service.”

Eurocopter X3 flight test program will continue through this year. 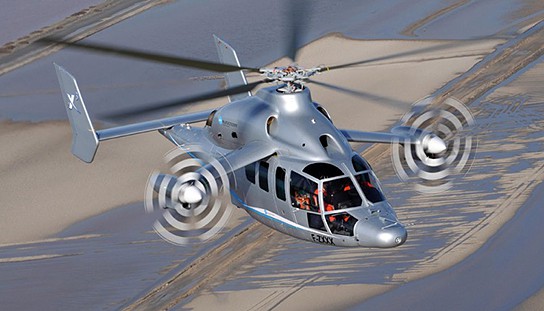