What will the future of fashion be like? Will apparels of the future covered in LEDs, or has fabric that is also a display that changes pattern based on your mood and location? Or could it be human modifications like having three breasts? Made-in-Italy streetwear brand GCGS, AKA God Can’t Destroy Streetwear, seems to think so. At this year’s Milan Fashion Week, GCGS raised some eyebrows by having models strutting down the runway wearing a bizarre accessory for spring 2019: prosthetic breast – complete with revealing tops showing off the fake breasts.

Well, it looks like the so-called three-breast girl, who went viral in 2014, is going to have some serious competition in 2019. The models strutting down the runway each wore a matching skin color prosthetic breast which, from a distance, looks pretty damn realistic. The only giveaway was, the fake breasts are not jiggly like actual breasts and also, obviously, we all know that humans with three breasts do not exists. It only exists in Total Recall (warning: link is definitely NSFW!), the Colin Farrell’s 2012 reboot, directed by Len Wiseman, included. 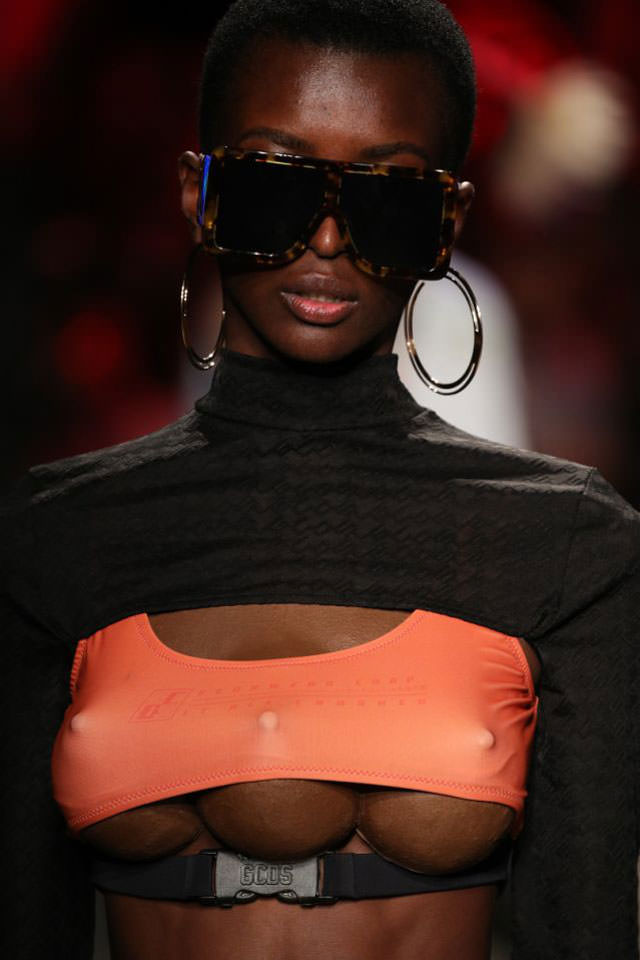 GCDS maybe a young label, but somehow, I have a feeling three-breast prosthetic could be a thing soon. Great. That’s just great. Now, women-appreciating person not only have content that makeup may be hiding the true look of a lady, but breast too because, the prosthetic will make any lesser size boobs looked larger than they really are. Well, I guess that’s the future. Now, where are the memory implant centers? Hit up the video below to see one for the three-breasted model strutting down the runway. You may want to jump to 6:32 for the highlight – if three breasts models are what you are after. Obviously, the video is not safe for work. You have been warned.