After listed on Chinese online platform Taobao a few months ago and shortly after a successful Kickstarter campaign, Chinese underwater drone maker Geneinno is now taking pre-order for its unconventional 6-thruster underwater imaging drone. With a starting price of $799, it is the most affordable underwater drone on the market with the highest available water pressure rating. Geneinno Titan claims the title as the deepest underwater drone. 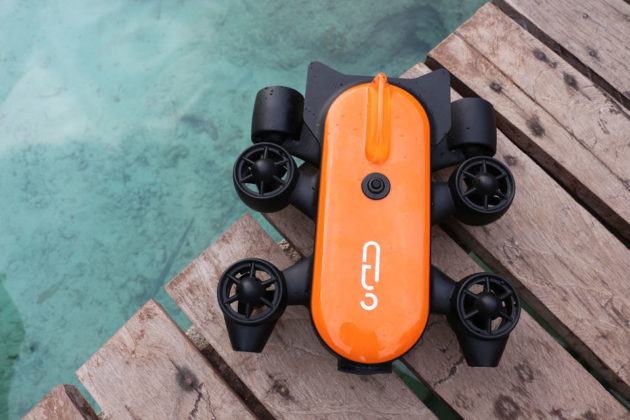 It is capable of diving down to an astounding 492 feet (150 meters) and while doing so, it can capture breathtaking underwater footage in glorious, eye-watering 4K UHD, offers 1080p live video feed, and record 8 MP stills, with 3,000 lumens lighting system to back it up. On top of that, the lens boasts 160-degree wide FoV and color correction dive filters too. Interestingly, Geneinno Titan Underwater Drone comes with an accessory extension port that allows option accessories like sonar, robotic arm, underwater microphone and more, to be outfitted. 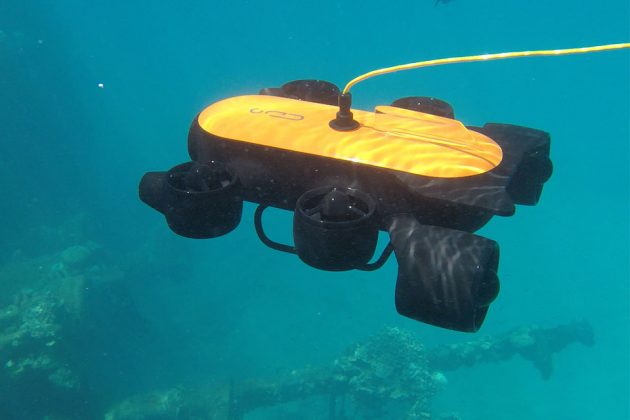 Other hard specs include six thrusters (2 horizontal + 4 vertical), maximum forward speed of 2 m/s (4 knots, 6.6 ft/s), 9-axis sensor, 1/2.3-inch Sony CMOS image sensor, 32 GB onboard storage, and a 9,000 mAh battery good for up to 4 hours of operation per 2-hour charge. Each Geneinno Titan Underwater Drone comes with a wireless surface unit with 50 meters (164 feet) range, plus up 150 meters (492 feet) of cable. It can be control via Bluetooth using a dedicated drone controller, or the GeneROV app installed on a smartphone or tablet. 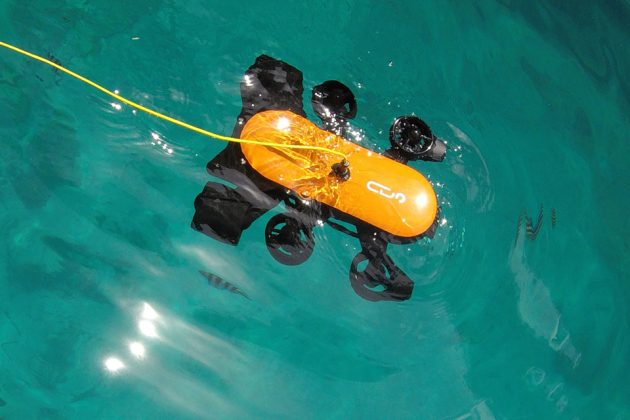 And did we mention that it comes with a super cool rolling case? Yup. It does, and also, Titan is a 2018 Red Dot Award winner, which kind of explains its good look. You can reserve a unit now for the aforementioned price (that’s $799, if you missed it) and pay later on Indiegogo. As for delivery, it is said to be September 2018, but exactly when, it is not known. 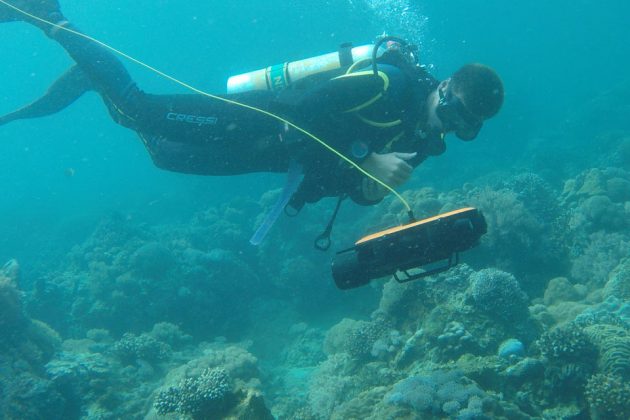 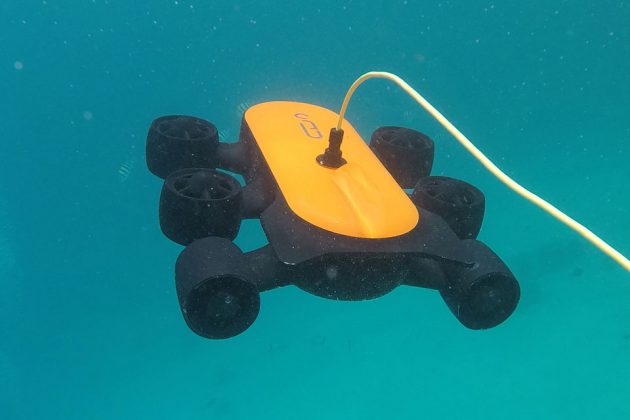