Last year was the year of the supposed future as foretold by Robert Zemeckis. Though we didn’t quite get flying cars, self-drying jacket or holographic billboard, at least hoverboard was kind of real and so was the unforgettable self-lacing Nike Mag shoes worn by Marty McFly. Thanks to the enhancement in battery and motor technology, Nike Mag is real and in 2015, a functional pair was hand-delivered to actor Michael J. Fox who played the young McFly in the hugely successful Back to the Future trilogy. In 2012, a version of this iconic Nike Mag was created and put up for auction to benefit Michael J. Fox Foundation for Parkinson’s Research and today, Nike and The Michael J. Fox Foundation has come together once again to announce the release of the 2016 Nike Mag. 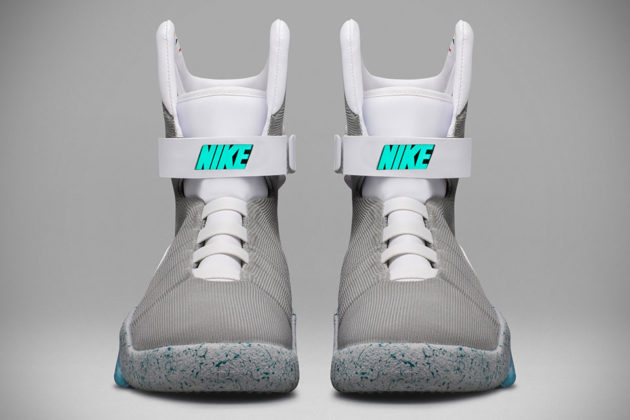 However, unlike the 2011/12 version, this is a functional, true-to-the-movie version which means you will be getting the ultimate in lazy man’s shoes: self-lacing technology. The 2016 Nike Mag shares much of the technology found on the Nike HyperAdapt 1.0 Adaptive Lacing Shoes introduced earlier which means the kicks will tightens or loosens accordingly as feedback by the sensors built into the sneakers. It will, of course, get the requisite lights for that added future look. 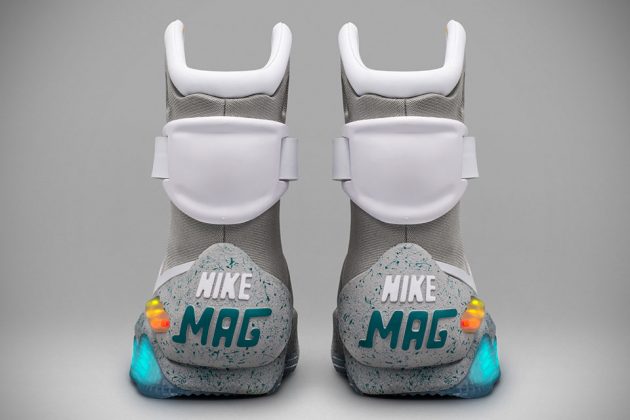 Only 89 pairs will be made available globally and here’s how you can have a shot in owning a pair. If you reside in the U.S., or up north, in Canada, you can qualify yourself to a digital draw through Nike Mag website or via the Nike+ app. The price of the draw ticket is a modest $10 and you can acquire as many as you desired to increase your odds of winning. The draw kicked off on October 4 and will last till October 11, 2016. The result will be announced on the October 17, 2016. 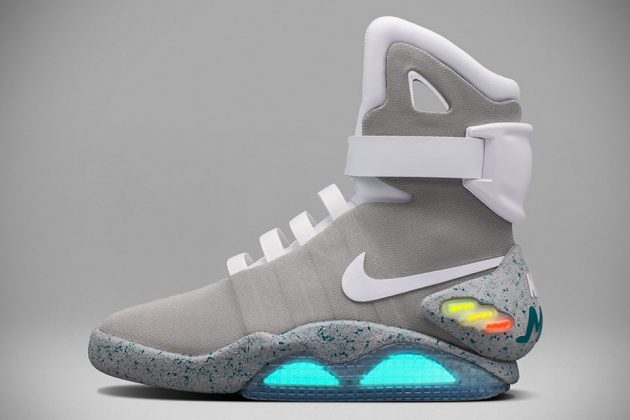 International fans need not to fret, though your odds are, to be very honest, way, way lower than those in North America. Nonetheless, this is what you need to know if you want to have a shot. A pair of the Nike Mag will be on the block in three countries: Hong Kong on October 11, 2016; London on October 14; and in New York on November 12 at The Michael J. Fox Foundation’s benefit gala, “A Funny Thing Happened on the Way to Cure Parkinson’s.” Additionally, a pair is set aside to be drawn publicly at Nike Town London from October 15 through to October 16.

So, now you know and by now, you should also realize that, apart from the digital sweepstake, the 2016 Nike Mag is reserved for the elite. But hey, it is for a good cause and so, if you can, why not? 100 percent of the proceeds will go to the foundation to speed a cure for Parkinson’s disease. 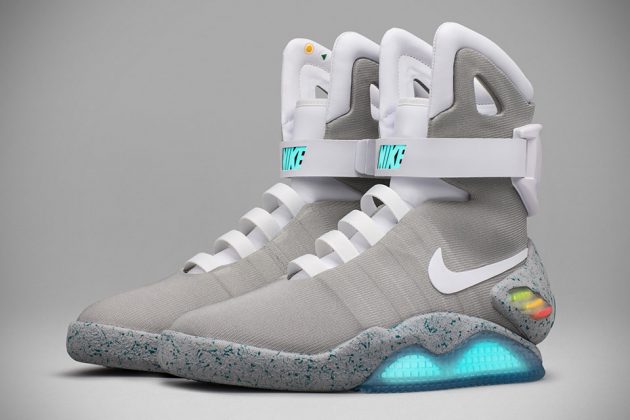