Here’s another technology ‘predicted’ by the movie, Back to the Future II, that’s coming true. No. Not the hoverboard, though we have seen quite a few variations of that. Next to make the Back to the Future II prediction check boxes is the self-lacing Nike Power Mag. Wait. Didn’t Nike already made that in limited edition back in 2011? Yup. They sure did, but those are without the legendary “power laces” aka self-lacing technology, which brings us to the biggest news of October 21, 2015: “Power lacing” Nike Mag is real! It is so real that, Nike has chosen this day to gift Michael J. Fox, who played Marty McFly in the Back to the Future trilogy, a pair to keep.

In addition to sporting electroluminescent outsole, the 2015 Nike Mag is the first to be equipped with real self-lacing technology as seen in the movie. No wait. Actually, it is more. It is, in fact, a pair of adaptive shoes, which Nike describes as “an individually responsive system that senses the wearer’s motion to provide adaptive on-demand comfort and support.” Welcome to the future, folks. The U.S.-based sporting equipment giant said the 2015 Nike Mag is the first iteration; more tests on this technology across multiple sports will be carried, which Nike hopes will lead to game-changing footwear that will benefit athletes around the world.

The first pair is already in Fox’s procession but Nike is making more, albeit in limited numbers, which will be available in 2016 via auction with all proceeds going to the Michael J. Fox Foundation for Parkinson’s Research. Specific on the auctions will be announced in spring 2016. You can be sure we will be on top of it when the 2015 Nike Mag becomes available.

P.S. To be fair, 2015 Nike Mag isn’t the first ‘self-lacing’ footwear. Last year, we did saw a Canadian startup, Powerlace, who uses clever mechanical principle to create the first, working ‘auto-lacing’ shoe. It went on Kickstarter, but unfortunately, did not make the funding goal. 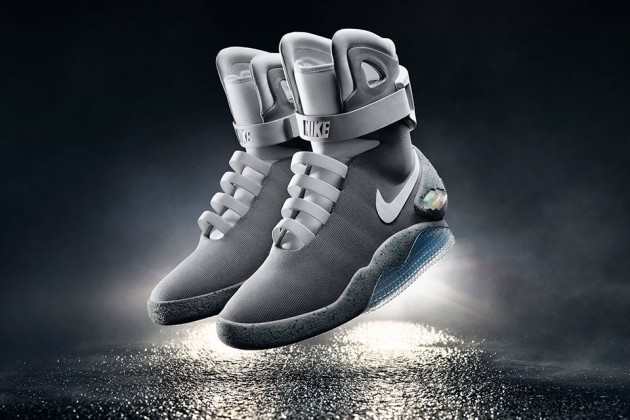 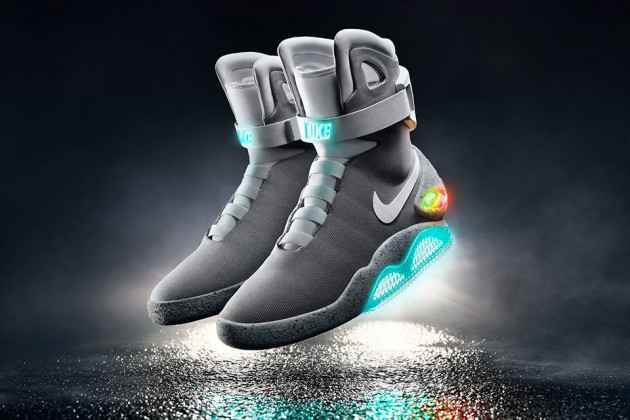