Camping is fun and so is picnic. However, along with the fun, comes the mandatory, sometimes back-breaking chore of lugging along fire starter, a BBQ pit and/or stove, and of course, the hassle of collecting fire woods. But thanks to the folks over at GoSun, the aforementioned are just part of history. The company’s latest GoSun Stove iteration is a super portable model aptly called GoSun Go. GoSun Go is basically the shrunk down version of the company’s larger GoSun and indeed it is shrunk because looks exactly like the larger sibling. 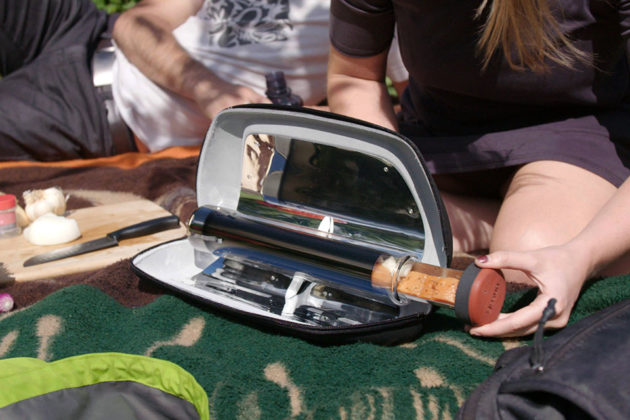 It features a handy clamp shell design that opens up to reveal a parabolic mirrored interior and a 14 oz (420 ml) capacity, doubled-walled borosilicate glass cooking tube. GoSun said the compound-parabolic reflectors and the double-walled tube is capable of generating heat as high as 500 Fahrenheit, or about 260 Celsius. That’s pretty insane, if you ask me. Here’s how it works:

“First, sunlight from both direct and diffused sources (i.e. clouds) is reflected by the Go’s compound-parabolic reflectors onto a double-walled tube with a vacuum pulled inside. This tube then converts the light into heat and traps it inside of the vacuum layer, providing extraordinary insulation, keeping the heat in and the cold out.”

So, yeah. You can say that it is a space age technology cookware. Apart from the no mess cooking and convenience, the biggest draw is perhaps the ability to use GoSun Go even in cloudy and cold conditions. GoSun said the solar vacuum tube, I.e. the double-walled tube, is far more efficient than most solar panels at turning sunlight into usable heat. The magic lies in the aluminum-nitride used in the tube which can absorbed over 80 percent of the radiation that lands on it. 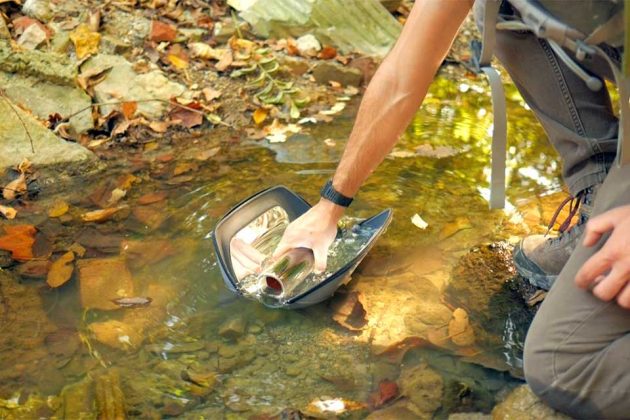 The GoSun Go comes in a package no bigger than a purse and weighs in at just 2 lbs (0.9 kilograms), and that is all you need to cook and boil water when out in the field. Of course, you will still need to bring the raw food and fluid. Those are inevitable package you have to carry which can weigh quite a bit, unless you are packing along astronaut food. With so much promised and a proven track record, it is no surprise that GoSun Go’s Kickstarter endeavor has received much love.

The campaign has 19 more days on the calendar, but it is already more than 2,400 percent funded. If you want one, you can join some 1,800 backers in pre-ordering it with a pledge of $99 or more. Yup. It is relatively inexpensive too and that’s kind of brilliant. Check out the product pitch video available after the break. 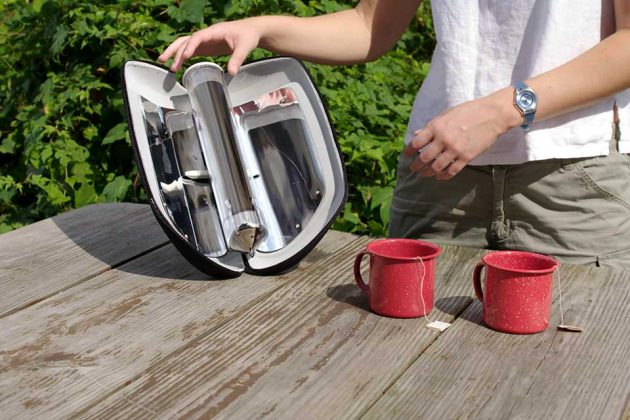 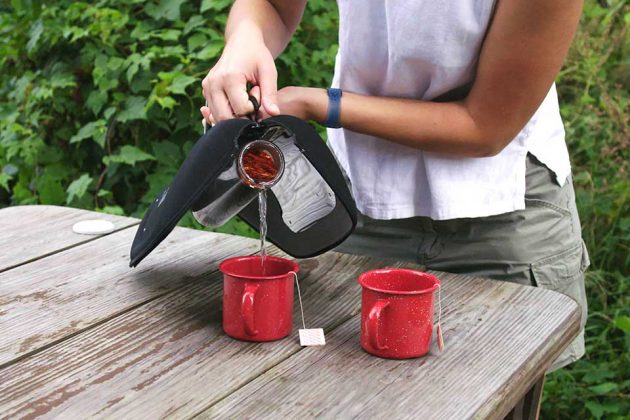