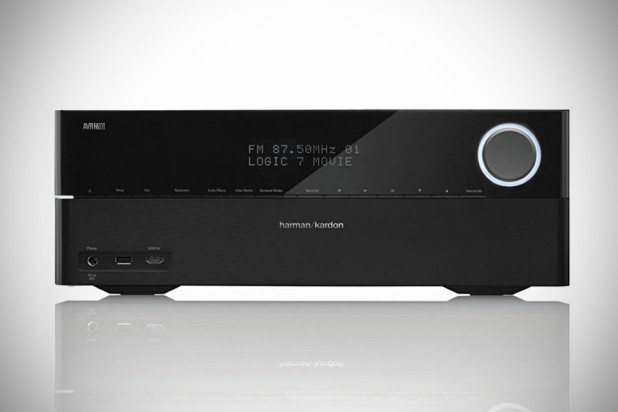 yes. amid the world of physical-shrinking multimedia gadgets, there are still a place for full-sized audio/video receivers (AV receivers) in our home entertainment system. speaking of which, Harman Kardon has been a forerunner in this aspect and they have something new – the Harman Kardon AVR 2700 Network-connected AV Receiver – for folks who lives by the mantra of ‘the more, the better’. aesthetically, Harman Kardon never disappoints with its trademark clean, minimalist design and under the hood, it packs a 7.1 channel sound powered at 100 watts per channel, wireless audio streaming via Apple’s AirPlay, DLNA 1.5 support (complete with GUI-based browsing), vTuner internet radio with customizable settings and a bunch of ear-pleasing DTS and Dolby audio technology incorporated into it. other features include eight HDMI inputs, HDMI out with 3D, front USB port with support for iOS, Android, MP3 and Mass Storage Mode, Zone II support, EZSet/EQ II room correction, HARMAN Logic 7 (stereo-to-7.1 with movie, music or game mode) and HARMAN headphone surround modes. the Harman Kardon AVR 2700 Network-connected AV Receiver was recently showcased at last week’s CES and is now available for pre-order with a $799 price tag.