not content with just a Blu-ray player? then we think this pair of Blu-ray networks entertainment systems from Harman Kardon, namely the BDS 580 5.1 Blu-ray System and BDS 280 2.1 Blu-ray System, might be just right up your couch-potato alley. when a product is being touted as a ‘system’, you know it is going beyond the basics and so are these ‘systems’ here. apart from playing back standard medias like 3D Blu-ray, Blu-ray, DVD and CDs, each player is also equipped with MHL, so your smart devices such as your smartphone or tablet can join in the fun. the MHL naturally also support the Roku Streaming Stick, opening you to a myriad sources of entertainment channel.

common features include support for Harman Remote app, AirPlay-enabled, DLNA over WiFi streaming, NFC, Bluetooth connectivity, three HDMI inputs (inclusive of one with MHL), FM tuner, USB ports (one front and one at the back, which can be used with USB key for digital music playback and Google Chromecast, respectively), plus a slew of audio technologies designed to please your demanding sound holes, including Dolby TrueHD, Dolby Volume (for striking a balance between loud action and quiet dialog scenes), DTS Digital Surround, Harman Kardon NSP Natural Sound Processing, and EzSet/EQ III auto-calibration.

specific to the BDS 580 are five 65W per channel amplifiers, NTSC and PAL capable, Harman Kardon DSP, and a dedicated sub preamp output channel. the BDS 280, on the other hand, boasts a virtual 5.1 surround sound, made possible by Harman Virtual Surround, two 65W per channel amplifiers, and Harman TrueStream. both system will come bundled with a programmable multi-device remote control in case app-control isn’t your cuppa. the Harman Kardon BDS 580 and BDS 280 Blu-ray System are available now for $1,099 and $510, respectively. 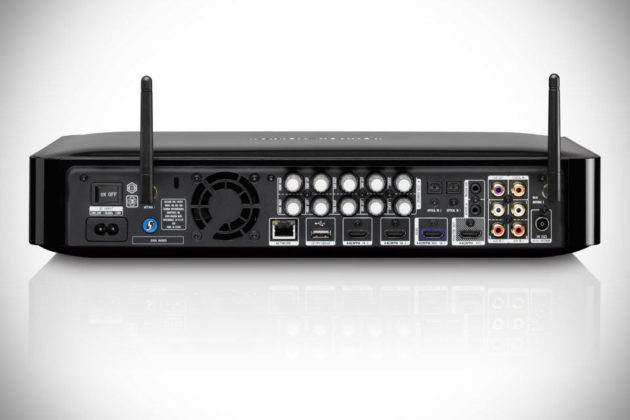