Thanks to the development of quadcopter, now nearly everything can be made to fly – even a dead cat and an aerodynamically impossible Star Wars TIE Fighter. An Imgur user who goes by the handle of Woodpiece did the latter. He took a spanking new Hasbro First Order Special Forces TIE Fighter and turned into one that defies Earth’s gravitational force. Nope. Woodpiece did not discover the secret sauce for Repulsorlift engine; instead his hacked TIE Fighter is powered by four Earthly motors (250, we read) and the result is nothing short of awesome. 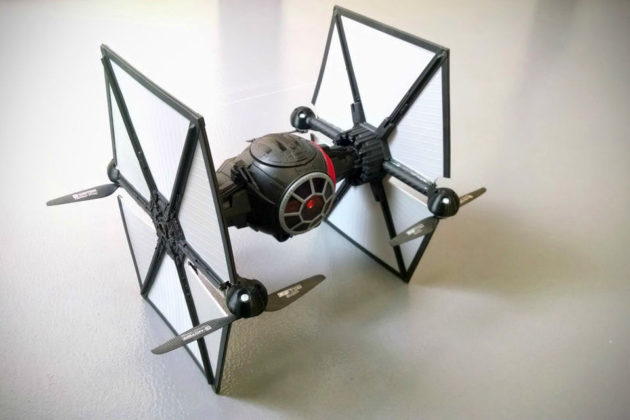 The process turns out to be rather straightforward, which involved taking apart the toy, dremeling the radiator wings to fit a pair of hollow motor sticks with custom 3D printed motor mounts, and adding the necessary electronics. Apart from the obvious (i.e. the rotors and their propellers, Woodpiece’s handiwork looks pretty neat with no visible wiring to mar the original look. The cockpit is where you will find the electronics like the flight controller and of course, battery pack.

No further details are available, but we probably don’t need any, because seeing a TIE Fighter taking flight on Earth is already a pleasure itself. There are something that Woodpiece can’t replicate though, like laser cannons and the iconic TIE Fighter sound effect. Hey, but that’s ok cos’ it ain’t powered by Repulsorlift engine after all. It does, however, make quite a ding typical of a quadcopter. I guess that will do too. Keep going for the said video. 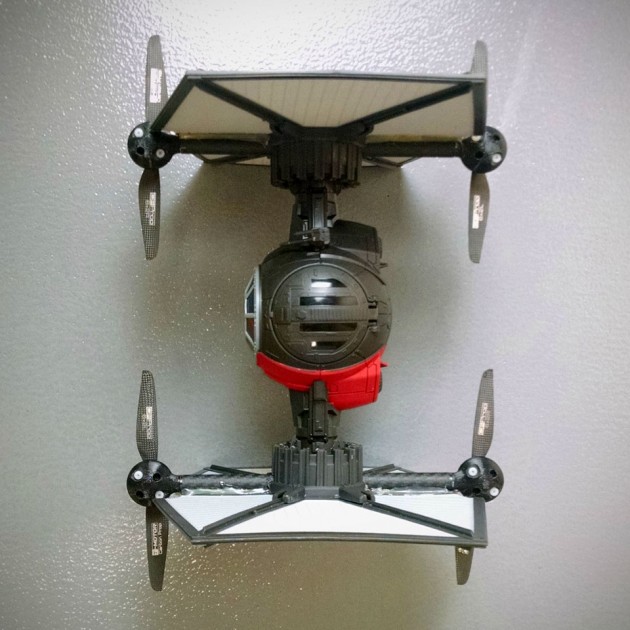 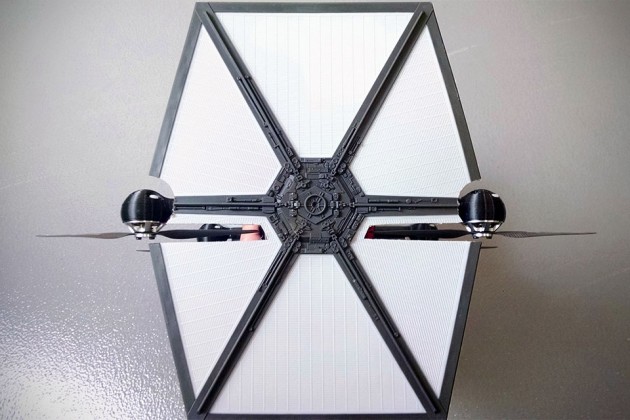