In another example of jobs threatened by technological advancement… a hotel in Tokyo, Japan, called Henn-na Hotel, has employed more robots than actual humans to run the entire operation. But instead of brooding over this grim prospect, we are rather intrigued by Henn-na Hotel because, the robot stationed at the front desk is not just any ‘bot, it is a robotic dinosaur. Yep. You heard that right, a freaking dino. Why? Ermmm, because it can? I don’t know, really. Or maybe because Henn-na means to “to change” which represents the hotel’s commitment “for evolution in striving for the extraordinary sensation and comfort that lies beyond the ordinary. 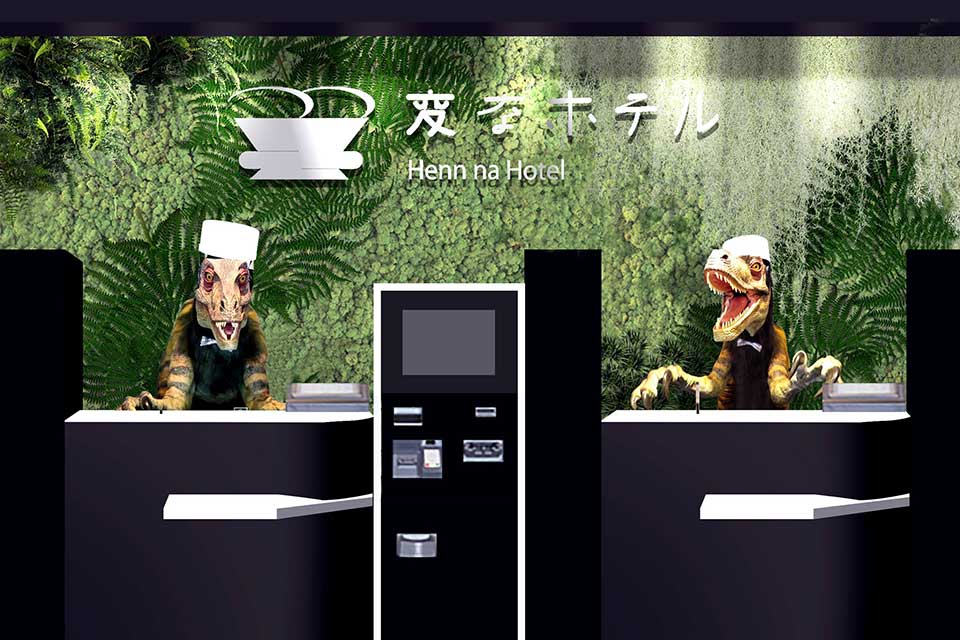 Well, what can we say? Being serve by dino bots sure is an extraordinary sensation and obviously, beyond the ordinary. However, this particular hospitality establishment set near Tokyo Disneyland is not the first. It is the second of such bot-ran hotel in Japan – the first is located near Nagasaki theme park which was opened for business since July 2015. If you are thinking that having bots, or in this case, dino bots, manning the front desk is mere a gimmick, well, it is not. 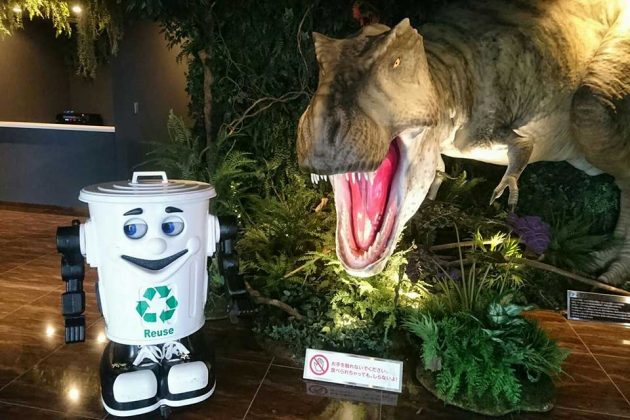 This newest Henn-na Hotel is as high-tech as a hotel can gets. Some of the high-tech examples include a baggage deposit area (known as cloakroom) manned by a lone robotic arm, robotic porters that move your suitcases to your assigned room, advanced climate control system called ‘radiant panel air conditioning system’, keyless guest rooms with face recognition technology, a talking garbage can in the lobby that not only picks up litter but also chat with guests, and each of the 100 rooms comes with a stationery robot that serves as an IoT of sort that lets you turn on TV, check out the weather and whatnot.

Though billed as the world’s first hotel staffed by robots, rest assure there are still humans around, albeit minimally. I guess what they need now is a trust-worthy security bot like the ED209. I mean a robot-majority joint like such could be an easy target for criminal, is it not? Just saying… Anyways, a stay at the Henn-na Hotel doesn’t come cheap (actually nothing is in Japan, really). While the standard accommodation starting price of 15,200 Yen (works out to around US$137) for two guests may sounds affordable, it is actually not quite because, in the name of wastage minimization, minimum necessary amenities are provided. 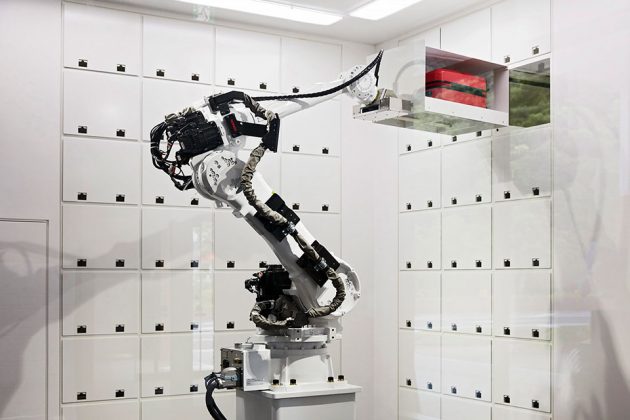 What this means is luxuries like pay-per-view TV, DVD player, fax, satellite channels, Ethernet, radio, and god forbids, essentials like shampoo, conditioner, body soap, sanity items, shower cap et cetera, are not standards. Some of the items like the accessories such as bath-related and also mobile phone charger, if you need them, can be procured separately at the vending machines – befitting the country which has vending machine as it de facto icon.

Also, cleaning, bed making, towel replacement are not standard, but if you really need those services, you will have to pay up. However, long term guests, i.e. those staying more than 7 nights), get daily towel replacement and once-a-week bed making and room cleaning. Intriguing. I don’t mind giving it a go, but I am unsure how I will adapt to a near-human-less hotel. 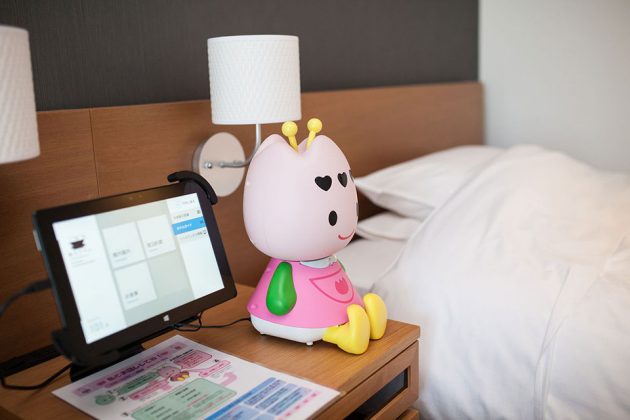