DC Comics and Marvel never cross paths, but imagine if they did and super villains like the Joker got his hands on Tony Stark’s super suit (like many Marvel’s villains did in history), well, then in that case, this is what it will look like: an Iron Joker. Created by master of over imaginative (but crazy awesome) action figure customization, Sam Kwok Workshop, this Iron Man Mark V x Joker mashup started life as two different action figures: a 1/6th scale Hot Toys Iron Man Mark V and a Dark Knight Joker figure. After putting the two through Sam Kwok’s magical touches, an armored suited Joker is born and believe me, it is one bad Joker that the Dark Knight won’t want to mess with. There’s no Kryptonite to counter it and it flies, supposedly, unlike poor little Batty who can’t. Boo hoo.

While this is not from a real comic or movie scenario, but the possibility is there because why not? And because according to Tyrese Gibson’s character Epps in Transformers: Dark of the Moon, “bad guys always get the cool stuff.” So, it is not farfetched that Joker gets a bad-ass suit, or in this case, a Bat-ass kicking suit. Needless to say, we are totally impressed. More look after the break. 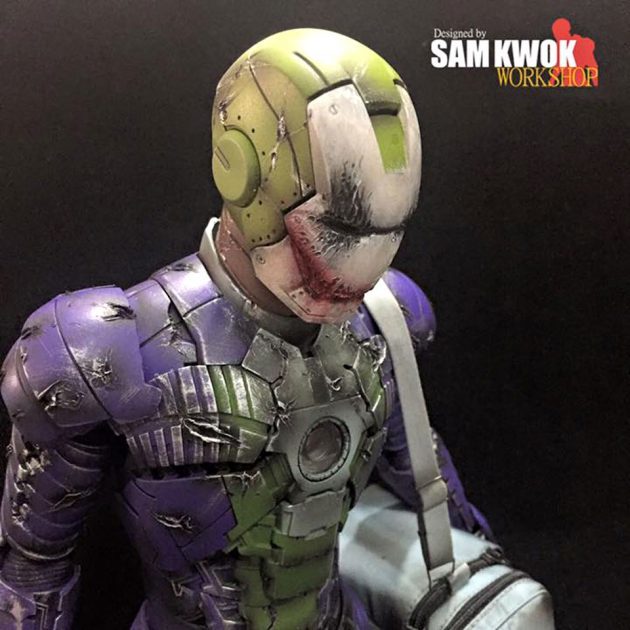 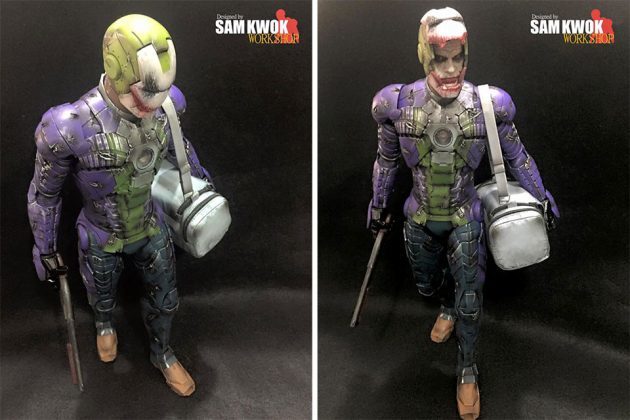 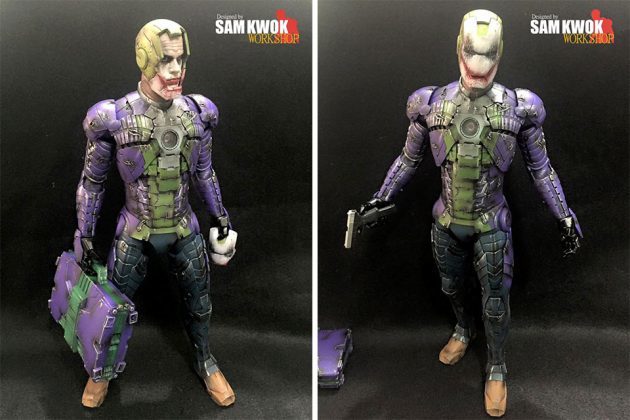 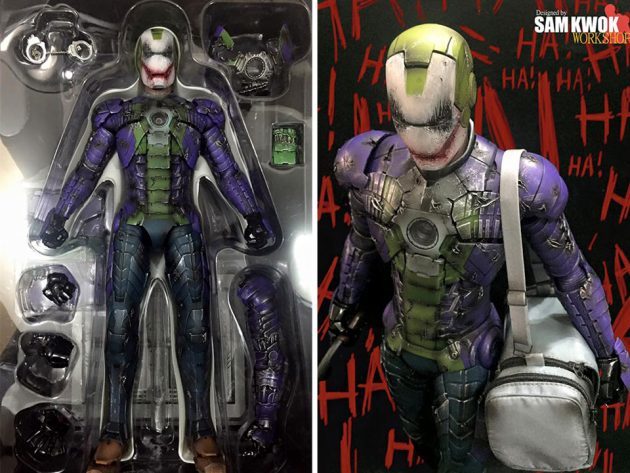 All images by Sam Kwok Workshop.