It takes a true artist to imagine something out of nothing. Eric Geusz is one such artist. A software engineer by day and a freelance artist by night (or, I am guess, whenever he have time), Eric has created some of the most impressive sci-fi spaceships with nothing more than inspiration from everyday, household objects like a can opener, a peeler, a pair of tongs and even accidental occurrence of two gadgets that happen to stack on top of the other – for examples. 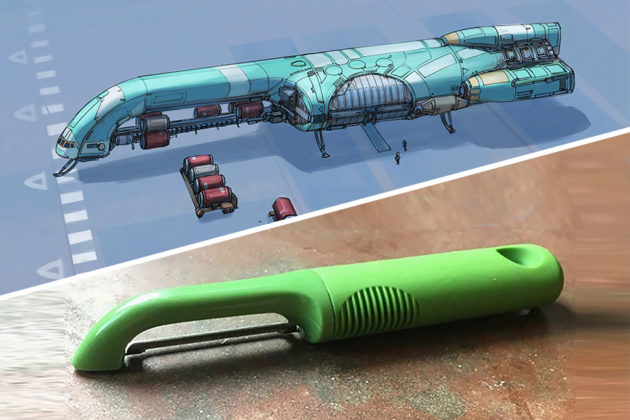 Now, the magic touch of Eric may not immediately appeal to everyone, but I know sci-fi buffs and fellow artists will surely appreciate Eric’s wonderful imagination and his ability to translate that imagination into tangible arts. TBH, I am totally sucked into it, although granted, Eric does not have a lot of the household objects illustration. But his other spaceship illustrations are worth checking out too. 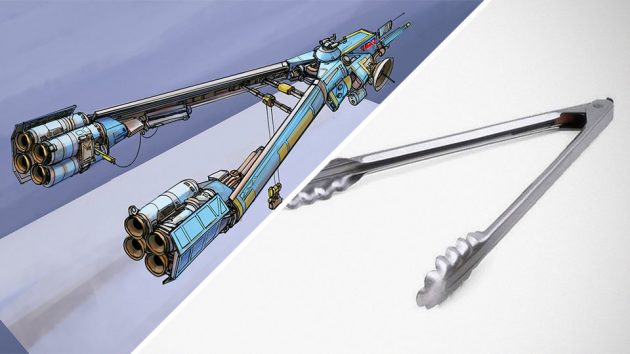 I am particularly drawn to the piece called Remote Command and Control Carrier which was inspired by a remote control that had one end stacking on a game controller. That’s like Hollywood-grade kind of sci-fi creation (the big budget one, that is). You view more of Eric’s works at ArtStation, DevianArt, and Instagram, to see Geusz’s entire series of illustrations and other pretty damn awesome arts.