it is time of the year again for Taiwanese handset maker to announce its new flagship handset. announced earlier today, the all new HTC One (M8) sports the same aluminum construction, but now with more of the alluring metal and sporting a curvier body. aesthetic appeal it certainly has, but has a whole bunch of features that have us, non-HTC fans, drooling over too. kicking off the spec sheet is a larger 5-inch 1,920 x 1,080 S-LCD 3 display, shielded by Corning Gorilla Glass 3, while processing department gets a quad-core Qualcomm Snapdragon 801 chip, clocked at 2.3GHz. it has 2GB of RAM to support the clockwork and it gets the latest Android 4.4.2 KitKat, overlaid with the latest Sense 6.0 with HTC BlinkFeed, naturally. 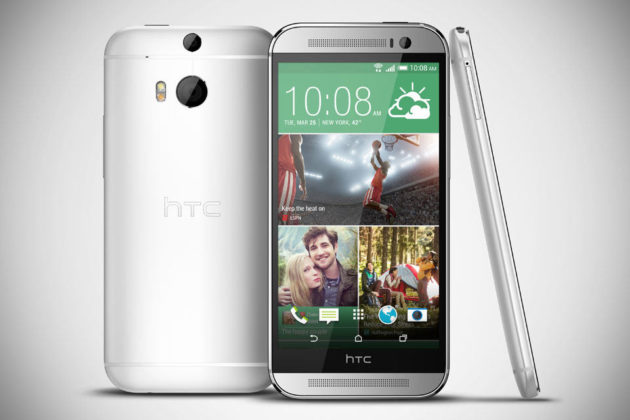 speaking of software, HTC also introduces a Smart Sensor Hub that anticipating your needs by sensing the phone’s movement, while Motion Launch enables quick access to some functionality using gestures. storage comes in a choice of 16GB or 32GB, and for this new One incarnation it ditches the no-expandable storage route and goes with a microSD card slot that supports up to 128GB. if that’s not enough, there’s always the free 50GB storage from Google to content with. the device comes fitted with a non-removable 2,600 mAh battery that’s good for 20 hours of yakking and the juice pack boast a quick charging ability which HTC claims to take the phone from naught to 80 percent in an hour. there is also an extreme power saving mode that can keep the phone on standby for up to 40 days. 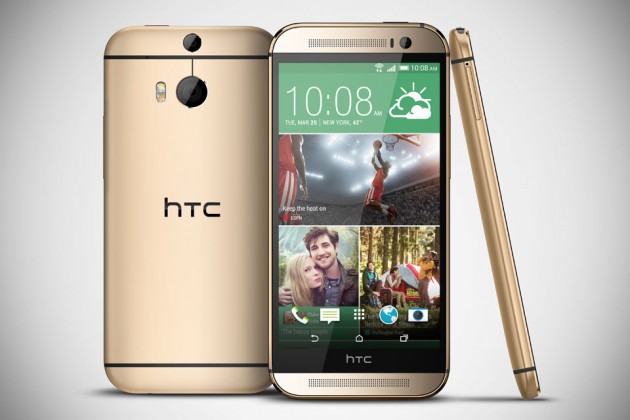 with the One (M8), HTC also becomes the world’s first smartphone with a duo camera, boasting HTC’s UltraPixel module with dual flash and of course, Full HD videoing. the duo camera array is not so much for 3D imaging but more for depth perception with the second camera acting as a depth sensor that will allow the One (M8) to perform some nifty camera tricks like altering the focus of an image after the photo has been taken like the Lytro. selfie enthusiasts will be glad that there is a 5MP wide-angle front-facing camera to ensure your next selfie will always be crystal clear. naturally, the other biggest feature introduced last year, the BoomSound also made its way to the One (M8), but now it is being served by a new dedicated amplifier and boasts redesigned speaker chambers, plus a tailored audio profile for a truly high-definition experience.

other details include 4G radios, WiFi 802.11ac, NFC, DLNA, MHL, GPS with GLONASS, and the usual suspect of sensors. the HTC One (M8) comes in three shades: Gunmetal Gray, Glacial Silver and Amber Gold and is available as we speak through major carriers and retailers, including Amazon, Best Buy, Costco and more. unlocked and developer editions of the HTC One (M8) are also available from HTC online for $649 a pop. for Android purists, you’d be glad to know that the HTC One (M8) Google Play edition will be available right off the bat and is available for pre-order today for $699. expect shipment to take place in 2-3 weeks time.