Remember Hyper-Sub which briefly mentioned in a post couple of days ago? Yea. That’s the other speedboat/submarine hybrid that may have piqued the U.S.M.C’s interest. However, unlike the obvious made-for-military aesthetic of the SEAL Carrier, Hyper-Sub looks very much like a futuristic ride you would expect from a August Power or James Bond movie. It looks totally non-military and non-conventional as far as sub goes. However, what it has to offer probably begs to differ. Anywho, Hyper-Sub, along with many defense contractors, showed off its ware at the simulated amphibious maneuver at Camp Pendleton, dressed in tactical-approved black paint, back in April this year (read more HERE). Anyways, to cut long story short, Hyper-Sub is a ship-to-shore capable vessel that can travel undetected beneath the surface of the water in between. 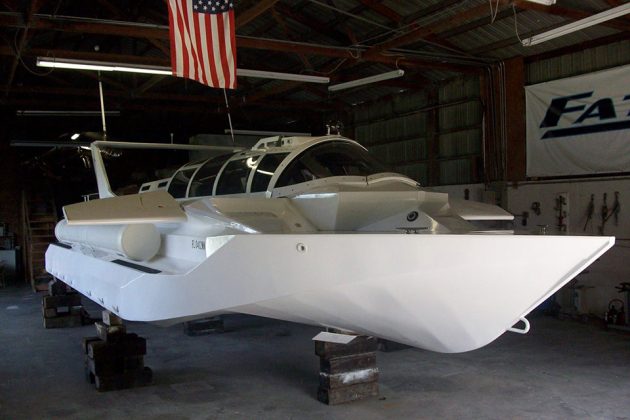 However, unlike SEAL Carrier, this thing has no intention to arrive unannounced which is probably why it can be kitted out with various arsenal necessary for sea-to-shore assault maneuvers. Powered by a pair of 480 horsepower Yanmar diesel motors, Hyper-Sub is capable of 30 mph (26 knots) as a surface vessel even when fully loaded with 6,000 lbs (2,722 kilograms) of cargo. As a submarine, two 60 HP 12-inch thrusters takes over to provide up to 5.5 knots submerged speed. Additionally, there are two 10HP thrusters for keeping the sub stationary, or as some calls it, in hover mode. The ballast enables the Hyper-Sub to dive deep, down to 1,200 feet (366 meters), and its onboard life-support system is good 12 hours on a single charge.

NOW READ  Why Jet Ski When You Can Drive A Sports Car On The Water? 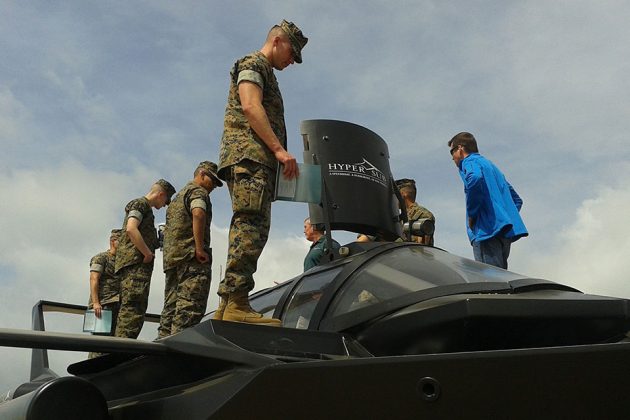 Obviously, Hyper-Sub won’t be as hydrodynamic as an actual submarine, but lets keep in mind that it is not designed to sneak up on enemies to launch torpedoes; it is probably more for going undetected until it is ready to emerge and hit up the land at speed. In any case if it fails to secure a career in the military, I am sure there is no lacking of billionaires who will be interested in Hyper-Sub.

Take a look at the Hyper-Sub in action in the video after a few more photos. 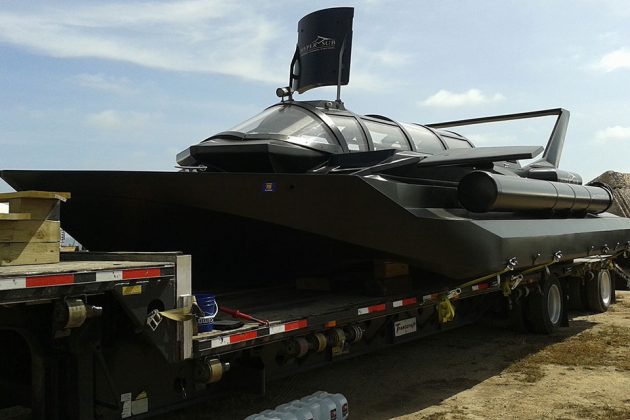 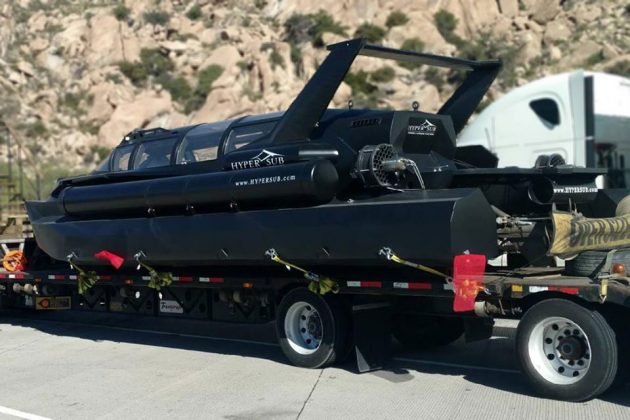 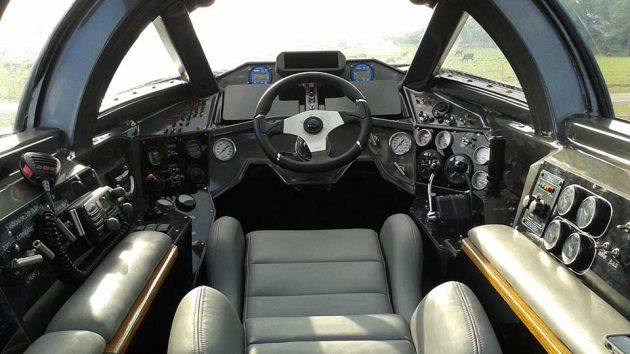 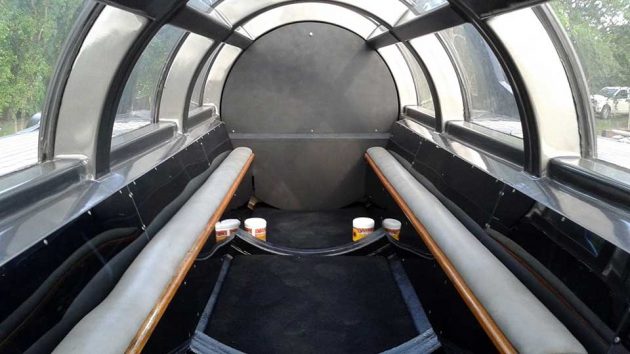