If you have not been keeping abreast with car innovations, you may want to know that South Korean automaker Hyundai has been working diligently in the area of fuel cell-powered electric vehicles and it has made some serious progress in this area. To showcase the company’s fuel cell development, the company has commissioned a head-turning, very black pavilion that is part art installation, part education center that aims to entertain and at the same time, educate visitors about its fuel cell technology. But the darkest building in the world is not the only thing the company had going; the automaker also announced, on February 4, a fleet of Hyundai next generation fuel cell electric vehicles had successfully completed an autonomous journey from Seoul to PyeongChang. 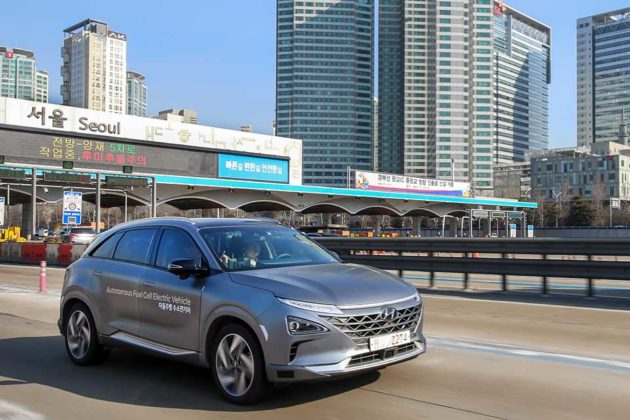 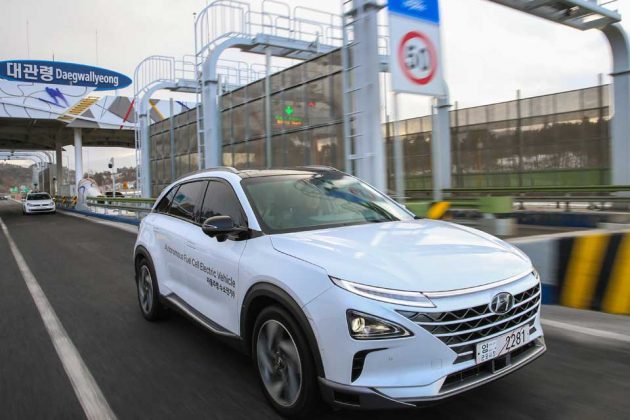 The journey kicked off on February 2 in Seoul, during which the cars autonomously tackled the traffic, including merging into highway, reacting according to the traffic conditions to do maneuvers like changing lanes, overtaking and even taking themselves through the toll gates using Hi-pass, South Korea’s wireless highway payment system. The star of the show, the SUV NEXO, equipped with Hyundai’s fuel cell technology is capable of 600 kilometers (372 miles) on a single charge and takes just five minutes to recharge. Though it is not sure if the soon-to-be-available NEXO will be autonomous capable out-of-the-box and if so, how will the myriad of electrical-powered sensors and processing power will effect the battery efficiency. And oh, NEXO is a 5G-enabled vehicle which allows you to access and control IoT devices at home. Welcome to the future. 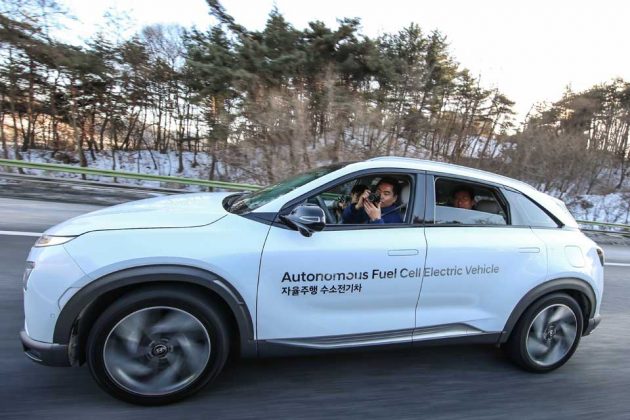