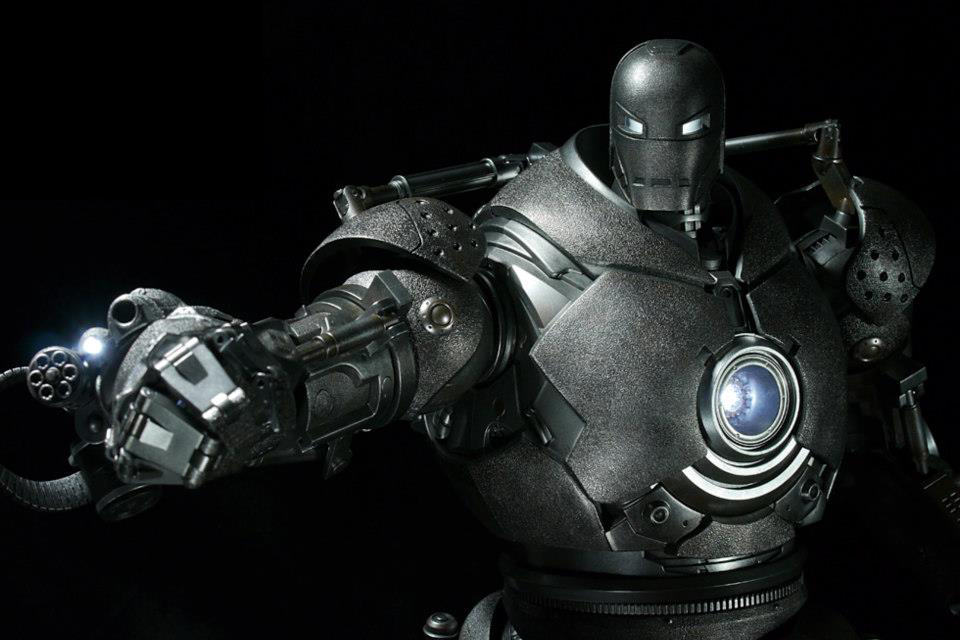 The first Iron Man movie is arguably the best and also the first to really to give the whole Marvel comic-to-live-action flick movement a jolt. What? Did you mentioned Hulk or Daredevil? Honestly, those just didn’t quite make the mark. I do need to say why. Anyways, the villain in the first Iron Man movie was pretty cool and memorable too, thanks in part to Jeff Bridges’ performance and of course, his uber cool villain robotic suit, the Iron Monger.

That said, an Iron Man collection wouldn’t be complete without one of these hyper-realistic Iron Monger Sixth Scale Figure. This movie accurate collectible is, without say, highly detailed and crafted based on the film with a newly developed head sculpt of Jeff Bridges as Obadiah Stane.

Standing at a cool 17.5 inches (45 cm) tall, the Iron Monger features over 60 points of articulation, specially painted armor, battery-operated LED-lighted eyes and micro ARC reactor (in white, no less), opening chest to reveal Obadiah Stane head sculpt (for once, we don’t need to plug the head out. phew!), and palms with movable fingers and battery-operated light up repulsors (in white light, naturally).

Completing the package is an assortment of equipment, including a rotatable machine gun on right arm with LED light, one mini-rocket launchers on the left with LED light, one cannon launcher on left shoulder and two pairs of boot jets that can be attached to the back of Iron Monger’s armor on its left and right legs for Flying Mode.

The Iron Monger by Hot Toys has a sticker of $479.99 and is open for pre-order on Sideshow Collectibles with expected delivery to be this month. it is listed as limited edition but there’s no indication on how limited is this ‘limited edition’. scroll down for more glorious imageries of the Iron Monger Sixth Scale Figure, courtesy of Hot Toys.