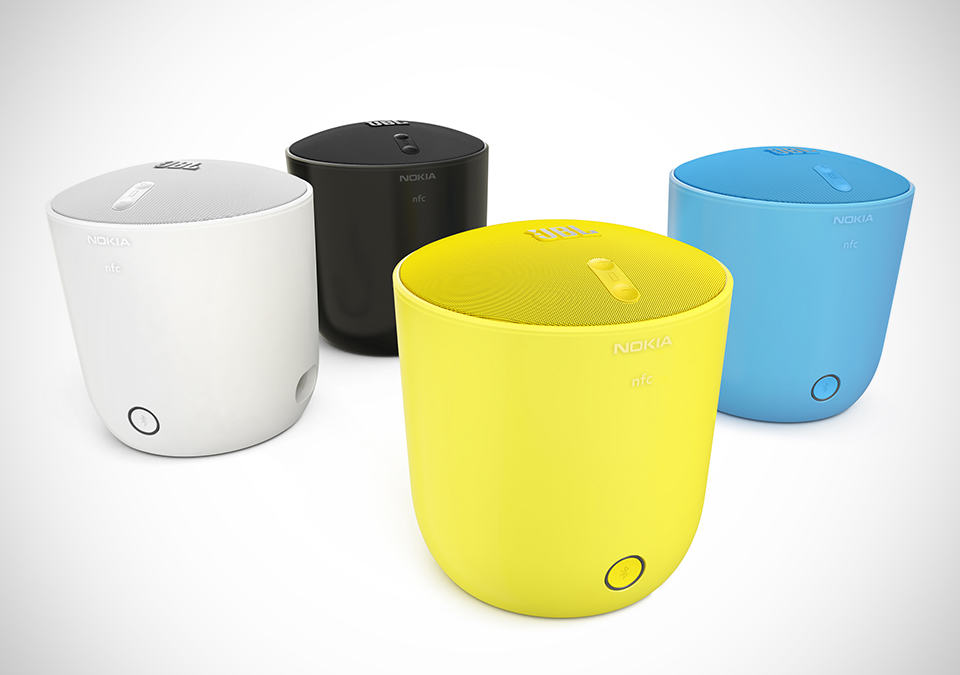 there was once when Nokia-branded accessories played a big part in the then-fledging Finnish mobile phone maker. it looks to us that the Espoo folks might just be heading the same direction and this time, it has chose to collaborate with industry big names like HARMAN’s JBL to launch a curiously tub-like wireless speaker dubbed as the JBL PlayUp Portable Speaker. measuring a pocketable size of 128mm tall and 118mm across, the PlayUp sound reproduction is driven by three 1.75″ full-range drivers complemented by audio technologies such as apt-X, sub-band coding, digital signal processing, and a design that offers a 360-degree omnidirectional sound. the PlayUp stands out as a wireless speaker that supports NFC for music streaming, on top of the usual Bluetooth technology and 3.5mm audio connectivity. other features include rechargeable battery pack that’s good for over 10 hours of playback in between charges, micro USB for charging and software updates, and LED indicators for battery, power and Bluetooth status. hitting the market sometime end of this year with a price tag of €149 or about US$188, based what Google tells us today.