Famed Russian maker of the super robust assault rifle AK-47, Kalashnikov just can’t stop churning out more news. But no, it is not turning out more killing machines. Instead, it has a black-and-red themed civilian electric motorcycle based on the made-for-military and law enforcement electric two-wheel off-roader revealed last year. 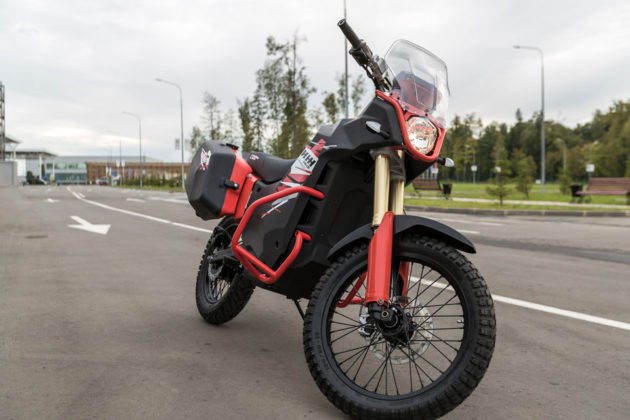 Called UM-1 (UM stands for Urban Moto), Kalashnikov said the highlight of this consumer version is “simple operation,” as well as “low noise level” with “minimal maintenance” to boot. For some reasons, Kalashnikov felt the need for you to know that this two-wheel EV here sucks how much electricity when charging, which happens to be15 kW/h. Does it help? Probably not. At least we don’t see this handsome off-roader making it to anywhere else outside of Russia.

Power comes from a 15 kW brushless DC motor which is kept juiced by a LiFePO4 and LiPO battery system, offering a top speed of 100 km/h (62 mph) and up to 150 km (93 miles) of range. Kalashnikov stated that the UM-1 electric motorcycle weighs between 165 and 245 kilograms (364-540 lbs). The wide weight variation is presumably due to the different configurations. Beyond that, not a lot is known about this upcoming Russia-made electric motorcycle. 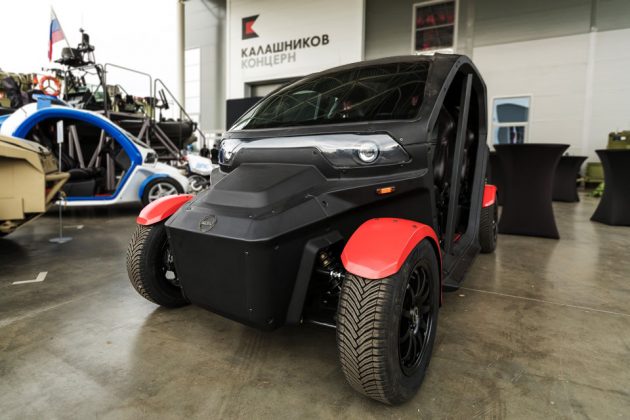 Go ahead and have a look at the intro videos of these two electric vehicles.