every year there are things and events celebrating their 25 years, but this year, no one can do so more deservingly than The Simpsons. it is now the longest-running American sitcom, the longest-running American animated program (that isn’t a reboot, if we may add), and is the longest-running scripted primetime television series. and it happens to have a movie to its name too, which was released back in 2007 and have since grossed over $527 million. with that kind of achievements, it certainly has more meaning to its 25 years than any other commercial products, and for that, there is nothing more fitting than to have the icon of the series, Homer, sculpted in the likeness of the Buddha and painted in silver (silver jubilee, in case you haven’t got it already). 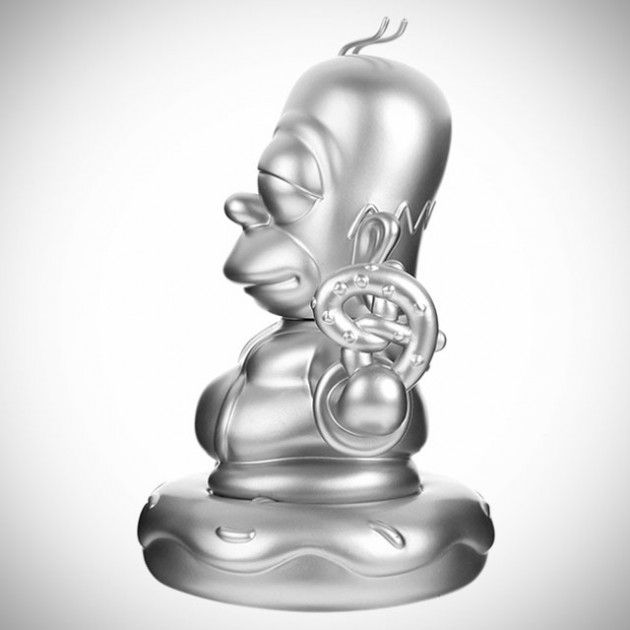 Kidrobot x The Simpsons 7″ Silver Homer Buddha, as it is officially called, features the familiar Homer sporting elongated ears as befit a Buddha, clad in buddhist robe and has his two hands full: one with the obligatory Buddhist beads and the other, the love of Homer‘s life, pretzel. finally, a big ass donut beneath the enlightened Homer Simpson completes the look. the donuts are, of course, the silver version of the frosted, pink confection sprinkled with multi-colored chocolate chips. the figure comes package in a fun, but stereotypical Chinese take-away box (see image below). unfortunately, it looks like the Kidrobot x The Simpsons 7″ Silver Homer Buddha is sold out. we are not sure when it will return, or if it will even be available again. it was sold at $39.99, btw. however, if you really want one, there are a few on Amazon going for premium $47 and upwards. your choice. 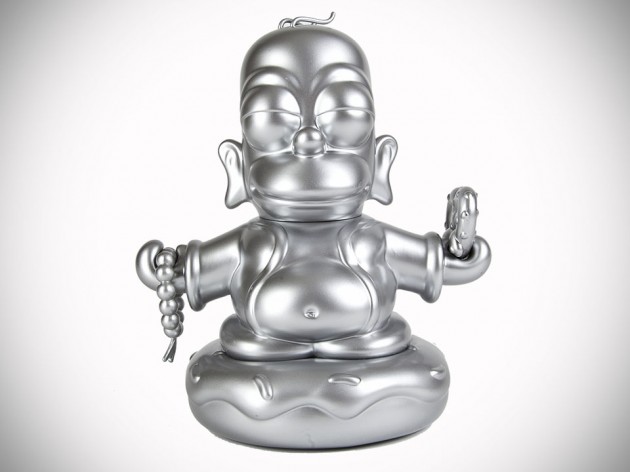 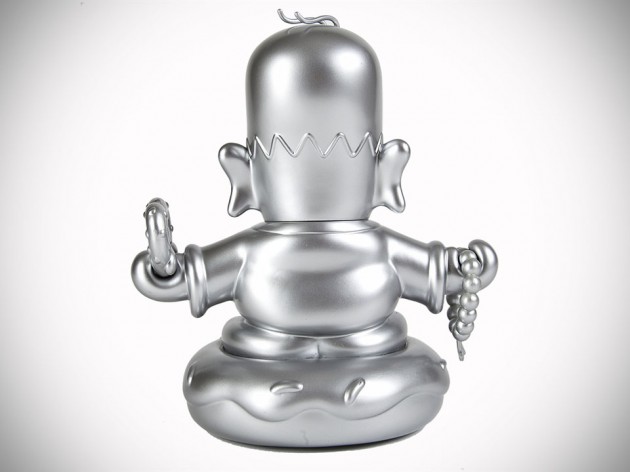 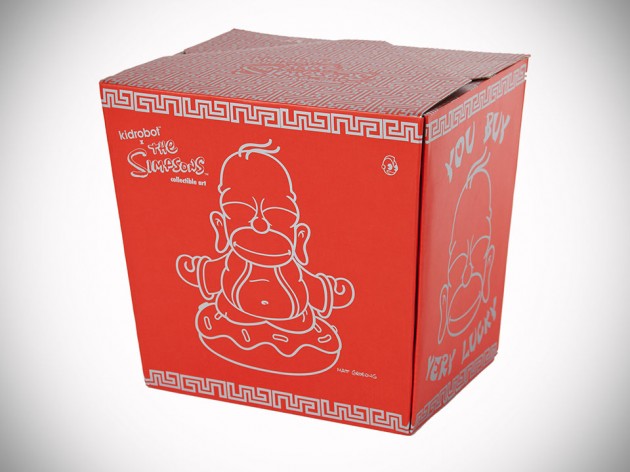