the Kittyo is certainly not the first made-for-cat pet monitor, but it does however, do something extra over the last we have seen and that’s to dispense your feline friend’s favorite treat so that you can forget about pet sitting altogether. beneath its coffee maker-like form is a webcam for monitoring your cat, a laser pointer which you can control remotely via a dedicated app, a built-in speaker to communicate with your cat, a microphone to hear what your flurry friend is up to, and last but not least, a built-in carousel that lets you dispense your cat’s treat at your command. instead of abruptly speaking through the built-in speaker and possibly scaring your fluffy away with this piece of tech for pets, you can activate a chiming noise to gently draw your kitty’s attention to it. it is a nice touch, really, because there is this much that a video camera can capture and since cats are naturally curious, it will be more than happy to investigate the sound, well, at least for the initial phase when it is still unfamiliar with your voice coming out of nowhere. 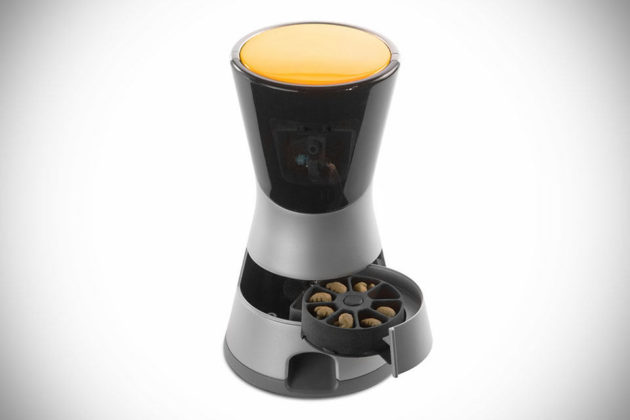 speaking of curiosity, cats can be quite a decor wrecker and with this in mind, the maker of Kittyo went to the extra mile by designing clamps that will keep Kittyo secure to the shelf or attach to the wall so there is no chance for your cat to knock it over. the Kittyo is currently on Kickstarter, seeking the funds to bring it to the market and being those rare made-for-cat gadgets, it is no surprise that Kittyo has broke its set funding goal many times over (it is 690% funded at the time of this writing), which simply means, by backing up the project you are essentially pre-ordering the Kittyo. though the early backer special of 99 bucks has all been snapped up, you can still get one for $119 (which is still 70 bucks lesser than the eventual retail price of $189). however, this special sticker won’t last forever – only 1,500 units are available at this price and already 736 units have been spoken for. 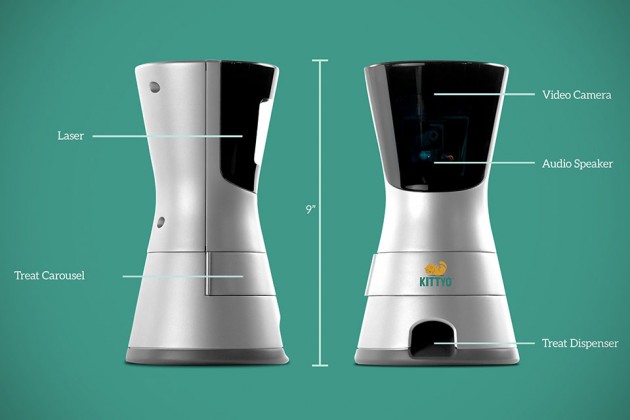