At a glance, Kosynier Boardtrack looks like a vintage board track motorcycle, but it is really not. It is actually an electric bicycle and that, my friends, is exactly its appeal. Board track racers were regular bikes that had undergone some serious weight shedding, throwing out everything that were deemed unnecessary, including the brakes. TBH, I have absolutely no idea how the hell brakes weren’t necessary for things that were going at speeds. 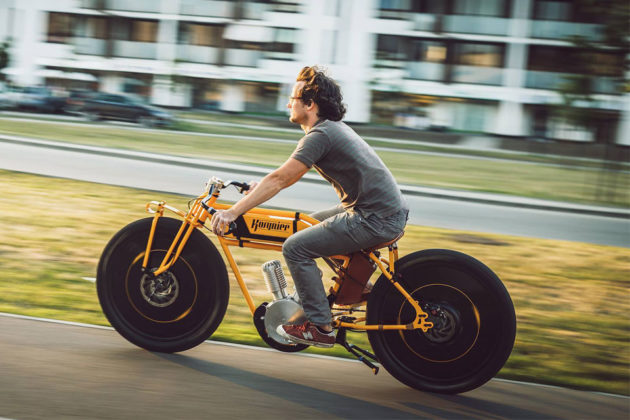 Made to look like the board track racers from the 1910s and 1920s, the Kosynier Boardtrack Electric Bicycle is offered in three electric motors: 1000W, 4000W and 5000W, which is powered by a lithium-ion setup. The motor and the battery system provides up to 25 km/h (about 16 mph) on road and up to a pretty insane 50 km/h (31 mph) off-road, and offers up to 70 km (43.5 miles) range. Thankfully though, unlike the board track racer it drew its inspiration from, Kosynier Boardtrack Electric Bicycle does have brake and they exist as mechanical disc brakes. 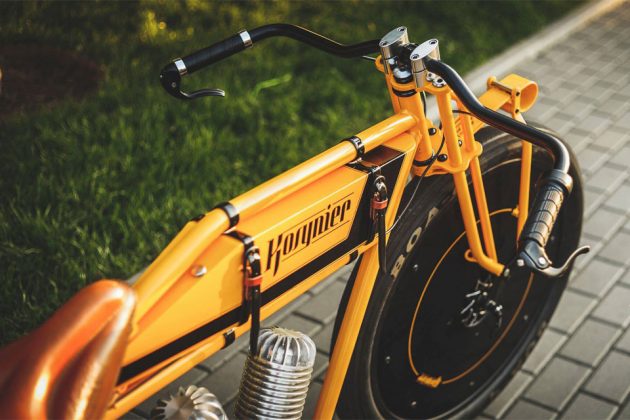 It is classy ride that, if not for the pedals, one would have thought it is a motorcycle. The vintage form is just part of the classy equation; other elements like high-wall tires, faux cylinder heads, handmade leather saddle, leather pouch and “fuel tank” straps, along with the retro vibe paint job and choice of colors on the chromium-molybdenum steel frame all makes it extrude the classy stature. And the supposed aluminum “fuel tank” there is actually home to the battery system. Very clever.

Speaking of the battery system, Kosynier said the batteries are the same as those used in Tesla automobiles. Kosynier Boardtrack Electric Bicycle is available for anyone who have the money to drop. However, price is on request and each ride is built-to-order. Interestingly, Kosynier said the build process will be recorded by six cameras which they will send the video so you can see how the bike you have ordered is made. 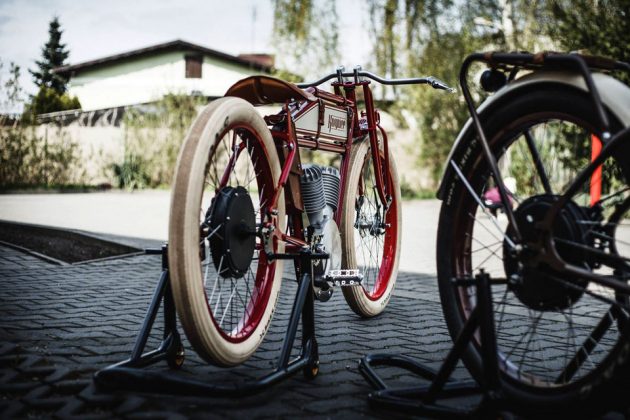