we are not being sour grapes when we say that we are not particularly fond of the aesthetic of the recently unveiled Lamborghini 5-95 Zagato. not that we can afford one anyways, then again, this is an on-off creation commissioned by collector Albert Spiess and so even if you could afford it, you won’t be able to lay your hands on one. unwrapped at the over the weekend at the Concorso d’Eleganza Villa d’Este at Lake Como, Switzerland, the 5-95 Zagato is based on Gallardo LP 570-4 and weighs heavy with Zagato signature styling. sure, it still have the LP 570-4’s silhouette there, but that’s probably the only visible remains left of the LP 570-4 as it is transformed into the 5-95 Zagato. honestly, the visual styling is not for everyone and if anything, we are more incline towards Zagato treatment on a BMW or the Aston Martin even. i don’t know. it just don’t feel… right. 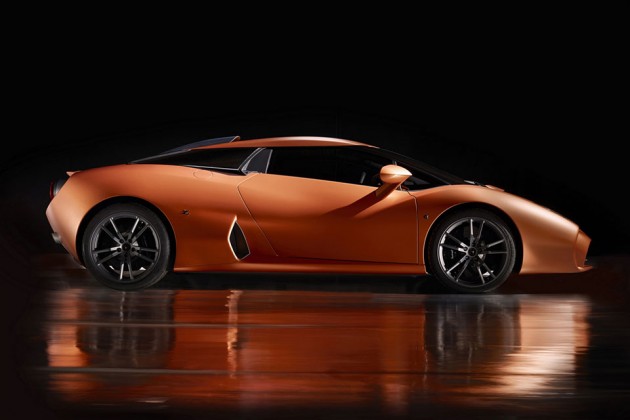 anyway, as you can see from the images, Zagato touches include the signature double bubble roof, a wraparound windscreen, a wind deflector (a floating spoiler, they called it), and reduced size side intakes taken from the 1996 Lamborghini Raptor Zagato, made possible by the inclusion of an air scoop on the roof that directs the cool air to the intake manifold. it has a significantly shorten rear end that reveals “the brutality of mechanical components.” man, i am getting really uncomfortable looking at this ride. don’t get us wrong. we love Lamborghini and Zagato. its just that this ride don’t turn up as appealing. again. no green eyes here, but man. something is really not quite right. anyway, it is ok. there is only one on the road and chances of you bumping into one is like one in a gazillion – but you ought listen to its glorious growl, which you can hear in the video after the fold.