If you are hoping to get your hands on a supposed new Playstation 4 Slim way before Playstation Meeting, well, we have news for you. First, it is gone, or to be exact, the ad was removed and second, I personally doubt its authenticity. Though it is known that Sony will be releasing a competing product in response to Microsoft’s Xbox One S, the images, if anything, paints a fuzzy picture (not in a literal sense, btw). I am not sure if its the quality of the picture submitted to The Verge by the U.K.-based seller, or what, but it appears to me to be either a hoax or a prototype sneaked out of Sony’s lab. The rig is dressed in matte black and still sport the same horizontal split design, but this time, without the slant and also, it has rounded corners now and fancy footings. 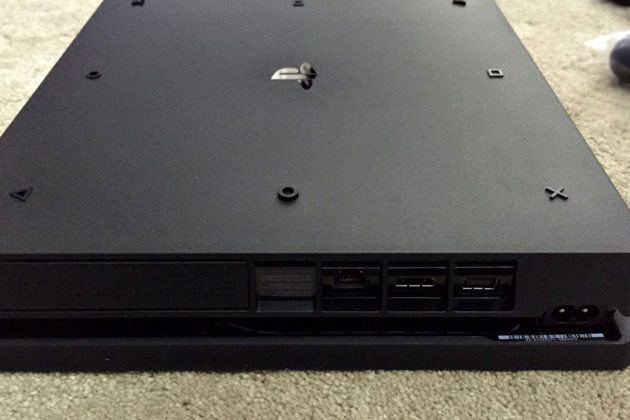 To be honest, it doesn’t look as appealing. So why do I think it is fishy? The logo. We observed the silk print logo is facing a different direction as the Sony and PS4 branding which looks more to me like a design blunder. It feels like it was quickly cobbled up. I don’t know, it just feel so un-sophisticated, very un-Sony, if you know what I mean. Anywho, in one of the images, it shows the packaging with a label which points to it being an European set and indicated the said set is of 500GB capacity. Apart from those, there’s no hint if it is a mid-life refresh of design, or the upcoming 4K-capable console, codenamed Neo (if it indeed is ‘Neo’, I would be deeply disappointed).

Whether the supposed PS4 Slim is an elaborate hoax or a legitimate “leaked” set is unknown. I guess we will never know until September 7 when Sony will put out official words over at the Playstation Theater in New York. But we already know that two PS4 models will be announced: one high-end version and one will be a mid-PLC refresh. 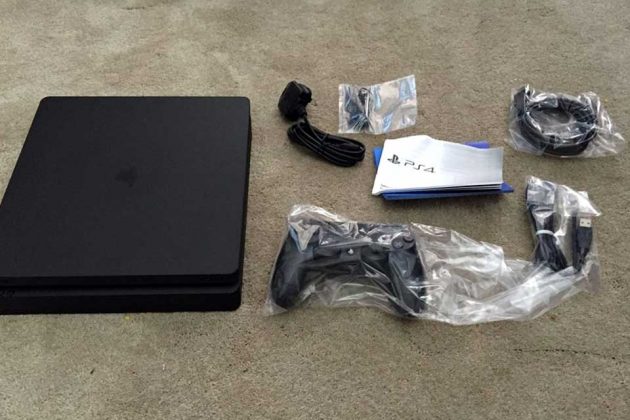 Source and images via The Verge