since August 2012 right through to 2013, the biggest thing to happen in science would be Mars Curiosity Rover – the historic space vehicle that would answer mankind’s question, at least in part, of whether the Red Planet could be a habitable planet or otherwise. and hence, it couldn’t be more fitting to kick off the Danish toy company’s 2014 toy line with the model of this “miracle of engineering”, the 21104 LEGO NASA Mars Science Laboratory Curiosity Rover Set. Mechanical Engineer Stephen Pakbaz who worked on the actual Mars Curiosity Rover at NASA’s Jet Propulsion Laboratory is man behind this detailed 295-piece which features a set of 6-wheel rocker-bogie suspension, articulated robotic arm and multiple camera sets.

the set will come complete with a display plate with some LEGO brick Martian rocks for an added touch realism. as with all LEGO Cuusoo sets, each 21104 LEGO NASA Mars Science Laboratory Curiosity Rover Set’s building instruction booklet will also include background information on the fan builder (Stephen Pakbaz), the history of Mars exploration and of course, the real Curiosity Rover. the 21104 LEGO NASA Mars Science Laboratory Curiosity Rover Set is expected to hit LEGO online store on the first day of 2014 (that’s January 01, 2014) for $29.99. another awesome look after the jump. 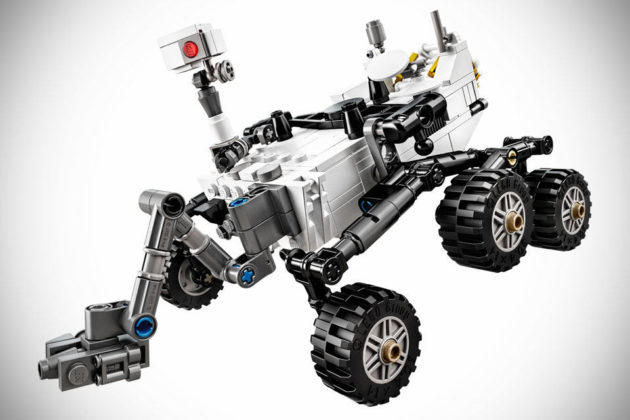