you have seen, or perhaps acquired the LEGO The Simpsons House Set, but nothing about The Simpsons is complete without a collection of minifigures of the lovable Springfield residents. it is almost like a mandatory thing these days; if it is cast in LEGO minifigure, it moves up a notch to the legend or icon status. so it is about time that these Springfielders get their fair share of immortality – in ABS. but don’t expect a whole depth of it; you are looking at the basic characters without any variations or whatsoever that have been featured throughout the TV series’ 25 years. yes. The Simpsons is already a quarter of a century old and Homer hasn’t changed a bit.

the collection consists of 16 characters, including Krusty the (smoking) clown (another reason why The Simpsons is not for kids), the unscrupulous Mr Burns complete with a radioactive stick, and nothing forgetting Itchy and Scratchy that lets you play out those rated R violent scenes. each character appears to have its own representative accessories which is a nice touch, if you as us. the minifigures will be sold separately with each going at $3.99 and is slated for official release on the May 4th to coincide with the special episode of The Simpsons to mark the 25th anniversary of this lovable TV series. we only wish they’d sell it in a set. you know. to save us the hassle of hunting the individuals. keeping going past the fold for a few more closeups. 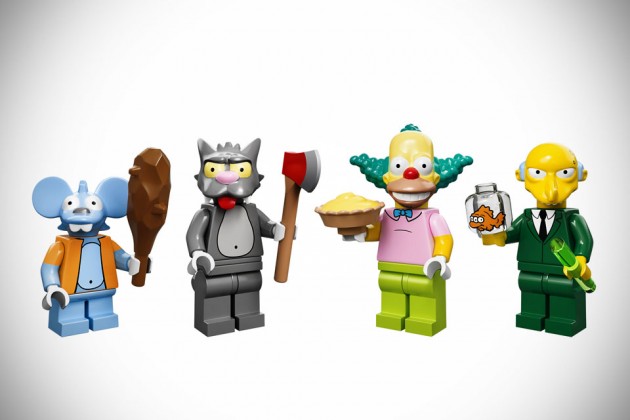 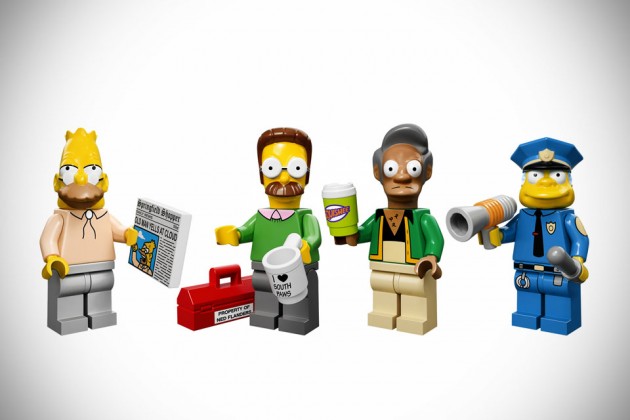 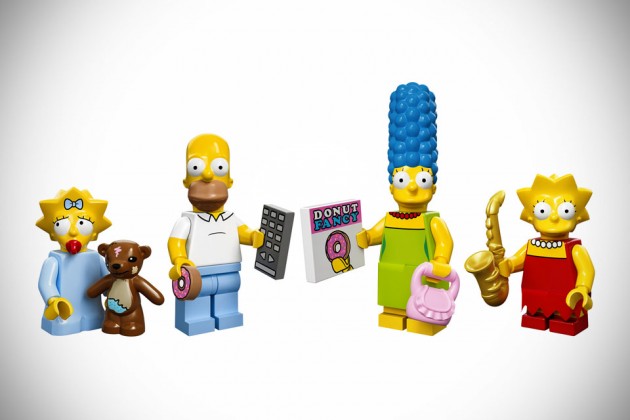 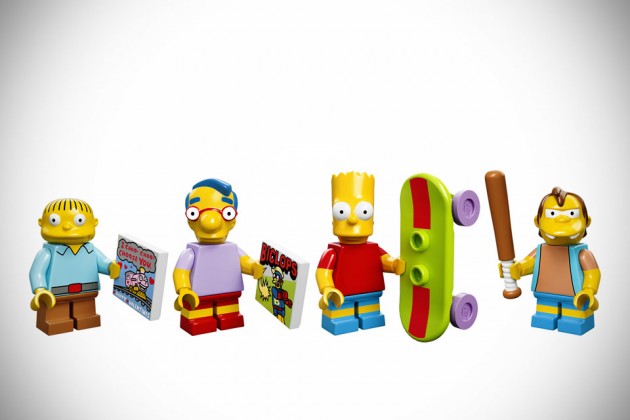