after over four years, DK Publishing finally gives LEGO Star Wars: The Visual Dictionary the long overdue update. entitled LEGO Star Wars: The Visual Dictionary: Updated and Expanded (ISBN 978-1465419217), this 144-page hardcover contains additional 48 pages and updated through and through, showcasing all the new sets and innovations from LEGO Star Wars right up to early 2014. expect a wealth of information including detailed and annotated photography offering insight into the characters, locations, creatures, as well as spacecraft from the bricked version of the galaxy far, far away. fans will be treated to details of every set to ever roll off the Danish toy company’s factory, from the built size – right down to the details of the minifigures, plus updated cross-sections that expose the inner workings of massive sets released in recent times such as the Death Star and the Millennium Falcon.

the book also takes you on a journey to behind-the-scenes of how LEGO sets are made, new models, and notable fan creations. however, the biggest news has to be the included minifig, which in this case, will be a “retro” version of the hero Luke Skywalker, released to mark 15 years of LEGO Star Wars. the LEGO Star Wars: The Visual Dictionary: Updated and Expanded is set to be available May the 4th, but you can secure yourself a copy by pre-ordering it from Amazon for just $16.73. have a look at the “retro” Luke, as well as sneaks of the inside pages after the break.

NOW READ  You Will Want To Read Godzilla vs. Kong Prequel Graphic Novels Before The Actual Movie Drops In May 2021 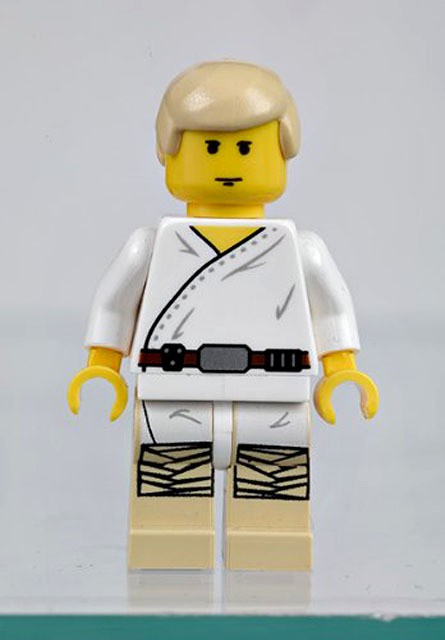