Ridley Scott’s Aliens (20th Century Fox, 1979) was one of the movies that got me hooked to sci-fi and it is also one of the sci-fi movies that got me started in doodling crazy out-of-this-world stuff. Obviously, it was the weapons, equipment and vehicles that drew me to it, not so much of H.R. Giger’s alien design (though that was equally awesome). Having said that, nothing captured my imagination more than the UD-4L Cheyenne dropship and the M577 Armored Personnel Carrier – however impractical they were in space and on crazy alien terrains. 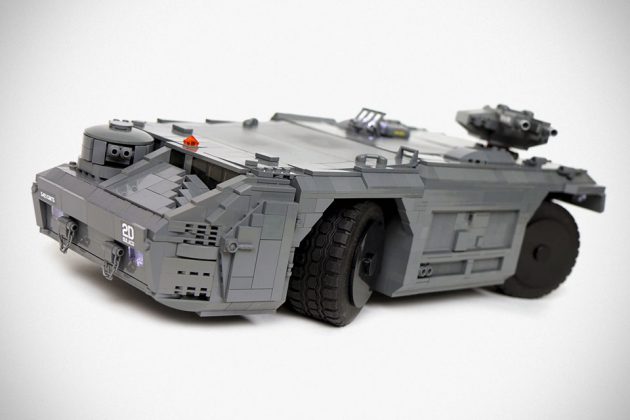 So, you can imagine my excitement when LEGO Technic guru, Sariel, combined my love for the M577 with another one of my other love, LEGO, and bestowing it with mobility by the way of remote control. That’s right. Sariel has built a LEGO Technic RC M577 APC straight out of the movie Aliens that’s controllable remote using SBRICK. Absolutely dope! But alas, this isn’t an official LEGO set and worst, this one-of-the-kind masterpiece isn’t for sale and there are no build instructions. 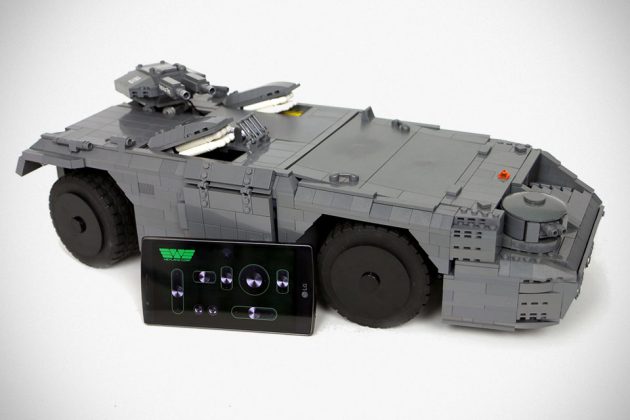 Built using reference materials from the film studio that made the Aliens movie (from the actual blueprint!), this 51 cm long and 2.76 kilograms heavy behemoth features a concealed on/off switch, functional head and tail lights, sliding 360-degree rotating turret that stowaway to the rear – just like in the movie, opening missile pods (won’t fire anything though), opening side door with interior light, rotating front turret with gun elevation control, and an all-wheel driveline paired to an all-wheel steering system and pendular suspension all-round.