these days, we are seeing quite a few ‘monkey see, monkey do’ trend in the smartphone industry, including (ever) growing screen sizes, fingerprint scanning technology, golden treatment, and of course, flagship-miniaturization. the latest to join the latter (sounds weird, but…) is the LG G2 mini (and even the word ‘mini’ is officially in lower case. duh). set to meet the world at the Mobile World Congress, the LG G2 mini will be offered in several flavors including single and dual SIM varieties, as well as 3G and 4G LTE variants. though most aspect of the specs did not suffer much from the ‘miniaturization’, the display did: its 4.7-inch IPS has only 960 x 540 resolution, which in our humble opinion, is absolutely nothing to shout about.

there are three choice of processing power, depending on the radio version. the 3G and LTE versions will be fitted with a 1.2GHz Qualcomm quad-core chip (MSM8226 for 3G and MSM8926 for LTE), while the LATAM LTE gets the 1.7GHz NVIDIA quad-core Tegra 4i chip. along with the NVIDIA processor, the LATAM LTE version also gets larger 13MP main camera, as opposed to the 8MP item the rest will be sporting. other details include 1GB of RAM, 8GB internal storage, SD card slot for expandable storage media, a 1.3MP front-facing camera, a 2,440 mAh battery, Bluetooth 4.0, WiFi (supports up to wireless n), A-GPS, and NFC (oddly, only on 4G LTE model). LG’s UX, including Guest Mode, Plug & Pop, Clip Tray, and Capture Plus, as found on the premium G series flagship models are also being ported over to the mini-me LG G2 (though mini by not a lot).

LG is expecting a global roll-out next month, starting with the 3G Dual SIM model in CIS countries, followed suit by Middle East, Latin America and Asia, including Singapore, Hong Kong and Taiwan. you can catch the LG G2 mini in person at LG’s booth in Hall 3 of Fira Gran Via at the MWC 2014. 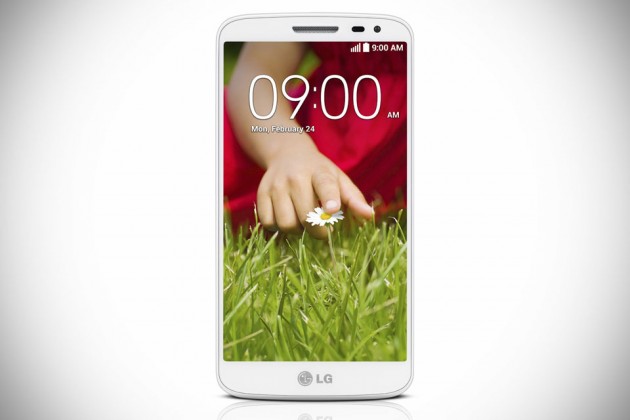 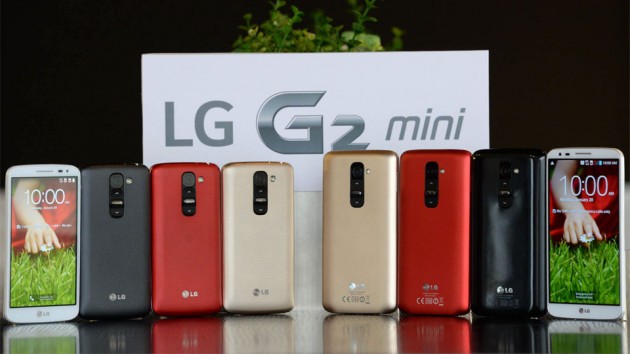