British premium audio equipment maker, Meridian Audio, is not quite a household name for obvious reasons, but not anymore and the English brand probably has LG to thanks. The two companies have announced a partnership that will bring the English manufacturer’s high performance audio to the mass market, starting with a sound bar that touts Dolby Atmos. Designated as SK10Y, this sound bar boasts 550W of audio prowess, supports 5.1.2 channels, and Meridian Audio’s Bass and Space technology that promised to deliver rich, uncompromising sound. 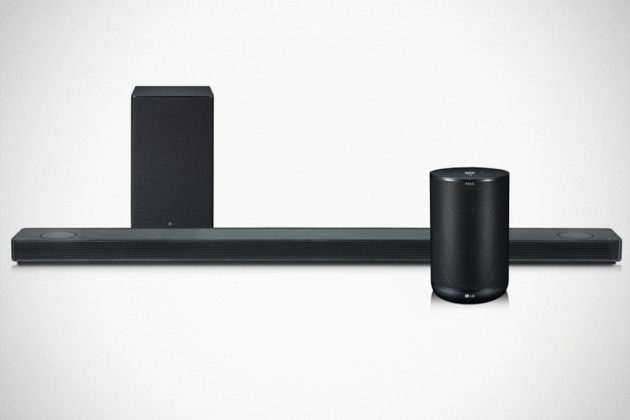 In addition, SK10Y also gets Meridian Audio’s Height Elevation technology that elevates the sound produce to above the sound bar, so the sound will sound as if it is coming straight out of the screen. Other features include a separate up-firing speakers with independent volume control, support for high-quality lossless audio files, supports Chromecast and of course, Google Assistant. All these are packed in a striking design synonymous with LG. 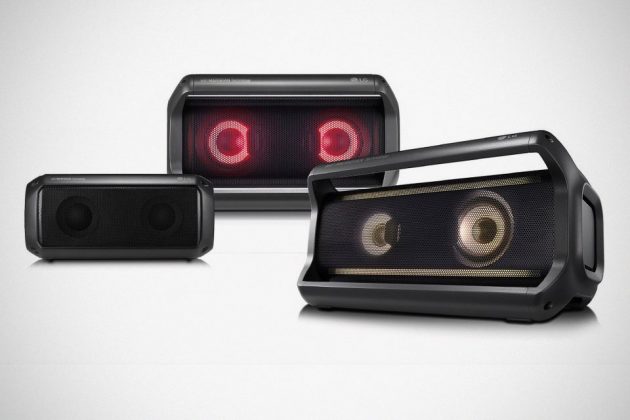 Up next, is the PK series speaker, a portable speaker that’s destined to light up your party with premium sound and mood lighting. It also touts “powerful and undistorted bass,” aptX HD Bluetooth support, 24-bit audio streaming, and not surprising, And then there’s the LG ThinQ Speaker, LG’s answer to Amazon Echo, Google Home, and Apple HomePod, with the bonus of personalized voice-activated interface for LG’s smart home appliances.

Finally, there are what LG called “all-in-one” speakers that offer as much as 1,800W power output, DJ capabilities, karaoke modes and the one key element of party: lights. However, LG stop short of detailing what are these “all-in-one” speakers. I guess, we will have to wait till CES 2018 to learn more. And if you happen to be there from January 9-12, you can find the aforementioned speakers are LG Booth in the Las Vegas Convention Center, Booth #11100, Central Hall.