We heard the first trailer for the next Avengers movie is going to drop on Wednesday and we are eagerly awaiting for its arrival, we were caught off guard when Marvel Studios decided to serve up the much anticipated Captain Marvel official trailer #2 a day prior and boy, was it a treat. The trailer was revealed during ESPN’s Monday Night Football and it was subsequently posted on Marvel Studios’ YouTube channel. Here’s the description of the trailer:

“In the full trailer above, Carol Danvers touches upon the war between the Skrulls and the Kree with Nick Fury. She, herself, is a Kree–a race of “noble warrior heroes.” With no memory of her past, several individuals–leader of Starforce (played by Jude Law), Skrulls leader Talos (played by Mendelsohn), and a mysterious character played by Annette Bening– tell Carol who they think she is as well as her beginning.” 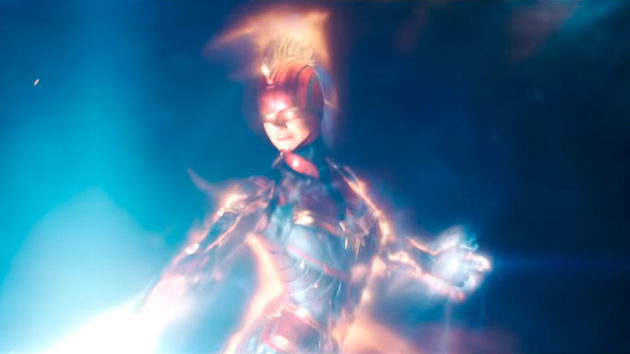 And here’s the premise of the story in case you have been living under the rock:

“Set in the 1990s, Marvel Studios’ “Captain Marvel” is an all-new adventure from a previously unseen period in the history of the Marvel Cinematic Universe that follows the journey of Carol Danvers as she becomes one of the universe’s most powerful heroes. While a galactic war between two alien races reaches Earth, Danvers finds herself and a small cadre of allies at the center of the maelstrom. The film stars Brie Larson, Samuel L. Jackson, Ben Mendelsohn, Djimon Hounsou, Lee Pace, Lashana Lynch, Gemma Chan, Rune Temte, Algenis Perez Soto, Mckenna Grace, with Annette Bening, with Clark Gregg, and Jude Law.”

Marvel Studios’ Captain Marvel is slated to hit the theaters on March 8, 2019. Personally, I can’t hardly wait. On one hand, I hope time won’t pass that fast, but on the other hand, I wish for March 2019 to arrive faster. Paradox of life, I guess. Anywho, enjoy the awesome trailer below.

NOW READ  Hot Toys WandaVision Scarlet Witch Is Based On Elizabeth Olsen and Vision Is Based On, Who?