Thor sure knows how to work a hammer, but I bet that’s the only hammer he ever know how to use and it is certainly not for driving nails. While us, mortals, may not worthy enough to wield the mighty mythical hammer, home improvement-worthy sentient beings are sure worthy of the Marvel Thor Mjolnir Hammer Tool Set. At a glance, it looks the God of Thunder’s unusual weapon of choice, but the appropriately patina shiny silver hammer head actually opens up to reveal a 44 tool set that should have your Earthly Asgardian home’s fixes covered.

Funnily enough, an actual hammer is part of the tool set too, along side staples like pliers, tape measure, adjustable wrench, ratchet wrench, sockets, utility knife, ratchet screwdriver set, a spirit level and more. The mortal hammer’s handle is actually the handle of the Mjolnir tool box which is kind of brilliant, if you ask me (though, the handle does not look the like the most ergonomic. Just saying…). Interestingly, when closed, the handle becomes the handle of the tool box, letting you lug it around like Thor does with his mythical hammer. 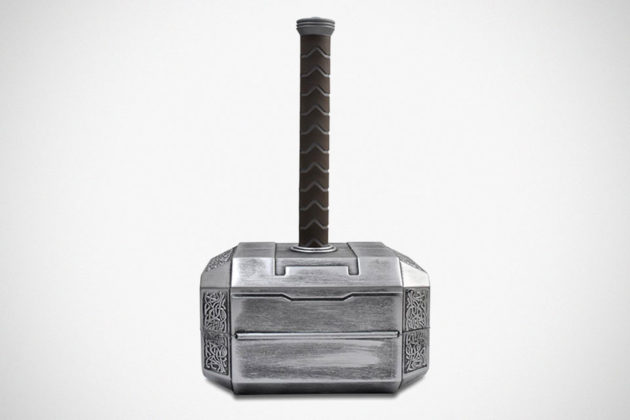 It can’t fly, though, and neither is it forged from the fictional Asgardian metal called Uru by a dwarf; it was created by mortals over at ThinkGeek. Thus, it won’t make a superhero out of you, but it sure hell is a super cool tool box/tool set. And oh, it has one another one thing in common with Asgard: slots within keep everything as organized and tidy as the mythical realm.

Marvel Thor Mjolnir Hammer Tool Set is a ThinkGeek exclusive and it can be yours in exchange for 999999999999 Asgardian gold (or 1 trillion runes or 10 million Uru coins), or in our currency, $99.99. No, you cannot barter with goats. 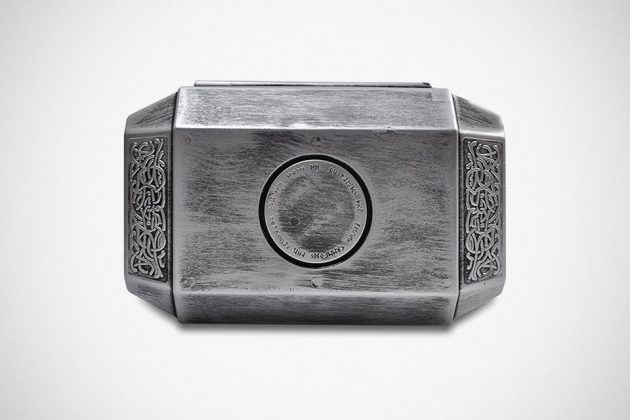 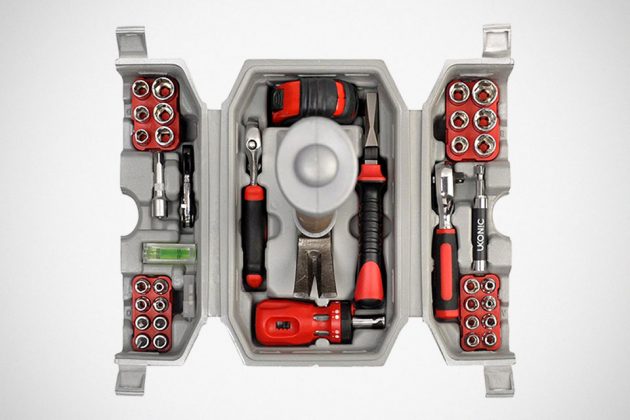 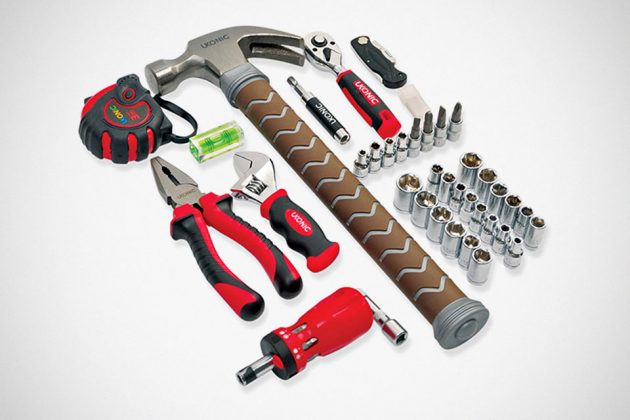