if shooting marshmallow up to 40 feet is your idea of fun, then the Mazooka Marshmallow Bazooka is definitely the weapon of choice for you. from the company who brought to you all-things-that-shoot-marshmallow, the Mazooka is capable of shooting jumbo size marshmallows up to 40 feet (12 meters) at a squeeze of a trigger – thanks to the battery-powered air pump that saves you the hand work of pumping and leaving you the much needed strength to take aim, RPG-style. speaking of aiming, it has a collapsible sight that lights up red to indicate the weapon is pumping up and turns green when it is ready to go. but there is just one catch: it can only load one marshmallow at a time and each ramping of air pressure takes a few seconds, which means you might be handicapped in the event that you are using it as food fight weapon. our advice? grab yourself a Double Barreled Marshmallow Shooter as a companion weapon for those ‘in between’ times – if you are really serious about winning the ‘war’. you can yours for $33.99 from Amazon. 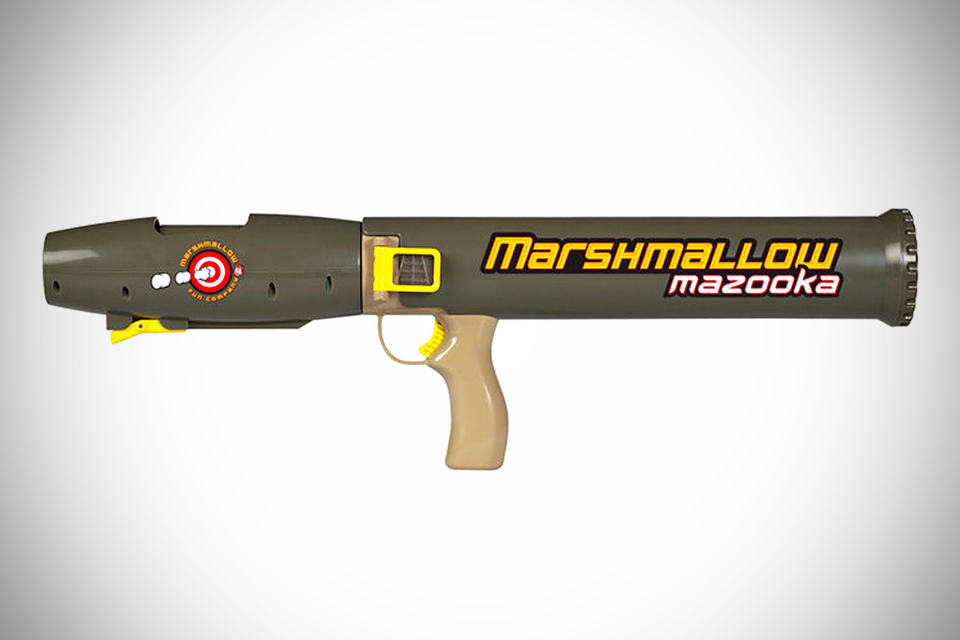