Bruce Banner AKA The Incredible Hulk is not particularly known for his fashion sense. Throughout the history of both prints and live actions, he was hardly seen in formal attire. If anything, white lab coat was worn more often after the usual denim-style long sleeve and pants, which will be likely be torn to shred anyway. However, that doesn’t stop Fun from coming up with super rad formal attire that’s Hulk-themed. The result is surprisingly stylish, but it has to super stretchy for Bruce to wear. However, the rest of us who wish for a smashing fashion statement, the Men’s Incredible Hulk Secret Identity Suit is the attire of choice. The best part about this jacket and pants combo is, it is subtly stylish, unlike Riddle’s questionable question mark-riddled attire. 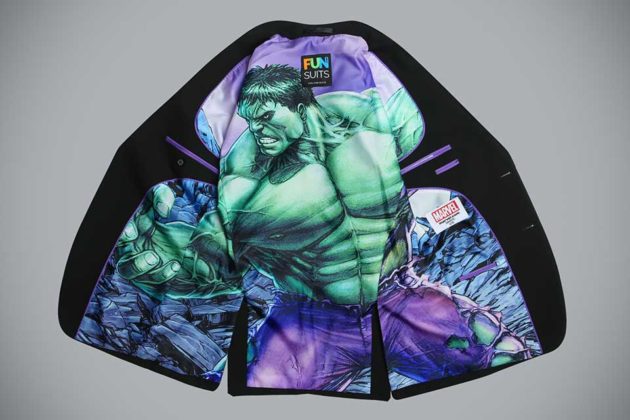 Presented in a dark black finish to conform to both casual and formal occasion, the jacket is a cool metaphor of the big green, gamma-loaded Avenger. With the exceptions of the embroidered Hulk insignia logos on the sleeves and themed etched buttons that offers subtle hints of its affiliation with Bruce’s alter ego, the jacket looks fairly ordinary, but like Banner, there’s actually a bigger secret hidden inside: The entire interior of the jacket is lined with an awesome graphic of the angry, smashing Hulk which only you, the wearer, has the liberty of deciding who will get to see it.

It is really a connoisseur stuff and clearly, a fashion reserved for those who demands both fun and style. Finally, a matching necktie and pocket square decorated with comic book-style SMASH graphics set against a purple background rounds up the smashing look. The Men’s Incredible Hulk Secret Identity Suit will be available starting in mid-November, but already, the book is open for pre-order, priced at a special pre-order sticker of $249.99 (regular price: $299.99). 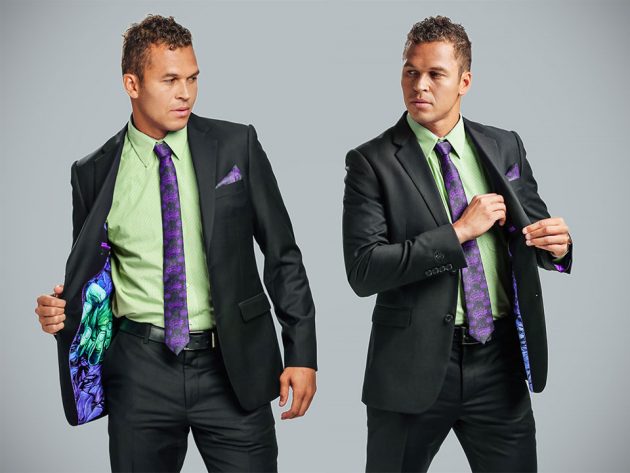 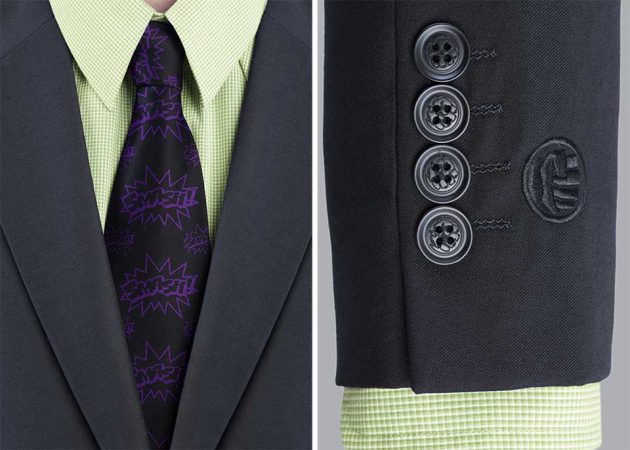