This is not a motorcycle blog and therefore, we can’t feature every damn motorcycles out there. Instead, we take on the ethos of ‘appreciating beauty’, only posting two-wheelers that’s new, fun or raises eyebrow. The Jawa Sprint Motorcycle by Germany bike customiser, Urban Motor, belongs to the latter and it is easy to see why. What draws us to it is obvious; it is has a very steampunk-ish fair to it and it is minimalist to the core. Seriously, you can’t get any minimal than this, unless it is a bicycle. The bike was created with Glemseck 101 in mind, where it will go head-to-head with a bunch of manufacturers and custom builders in the event’s inaugural Essenza sprint. 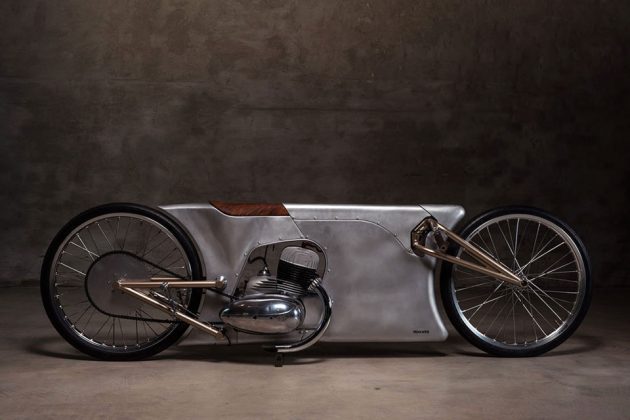 Race the Jawa will do, but Urban Motor isn’t eyeing on the podium. With a modest 18 HP on the tap, this beauty is obviously far from fast, much less the fastest, but that’s not say the outfit isn’t gunning for any prize; in fact, they are. Just not in the speed department. As it turns out, there are two prizes planned for Essenza sprint: the fastest and also the best-designed bike. The latter will be selected by judges, along with votes by the public. I have not seen the rest of the entrants, but already, I can tell if I were to be there, my vote will surely go to Jawa Sprint Motorcycle. 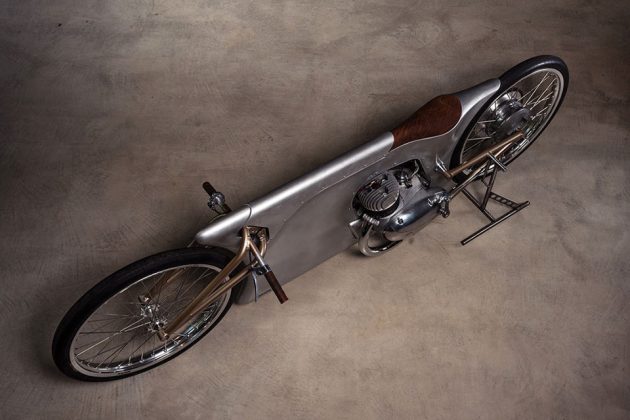 As required by the race’s regulations, the power plant has to be two-cylinder, nothing more, nothing less, and not more than 1,200cc in capacity. The Jawa here certainly has no problem meeting the criteria and also, since it is not built to vie for the fastest, the team over at Urban Motor devoted much attention to its outlook. With the exceptions of the motor, the two skinny 23” alloy SM Pro wheels and the spec by C seat that integrates beautifully into the narrow body, everything else on this bike – from the steel tubing chassis to the front suspension with integrated handlebars to the usually short exhausts – are pretty much custom made.

In addition, anything deemed unnecessary, such as lights, turn signals and whatnot, were tossed out to result in a steampunk stallion that weighs scanty 90 kilograms. It even save on the brakes, by going with just one set and that’s the drum brake found on the back. Like we said, it won’t be the fastest, but the Urban Motor’s Jawa Sprint Motorcycle is sure to turn heads. 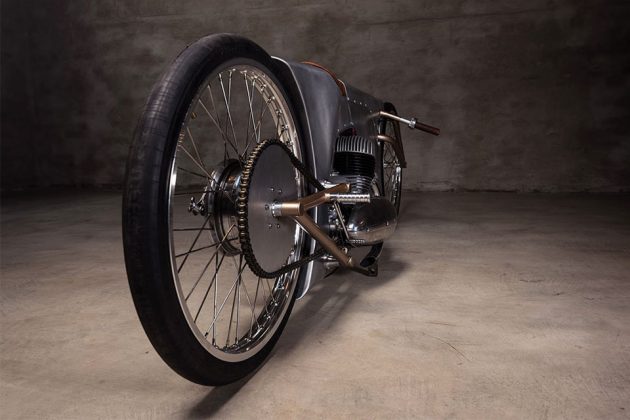 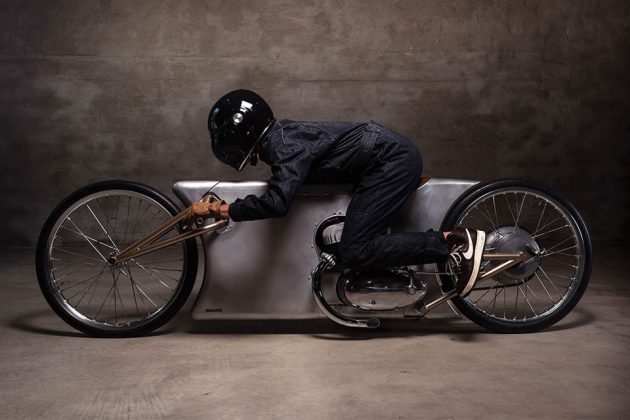 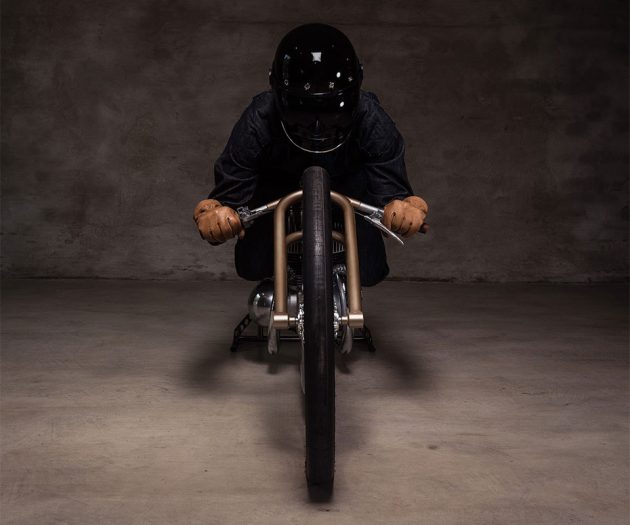