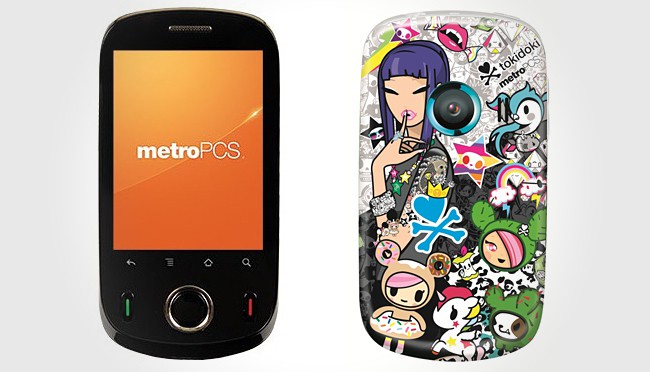 the rise of Tokidoki phenomena has left nothing unturned and it has now teamed up with US telco, Metro PCS to further its reach into the smartphone arena. the phone, dubbed the Metro PCS Sanctioned by Tokidoki, is a Huawei M835 handset in a special edition white hue. needless to say, it is a Android phone, surprisingly still powered by OS 2.2. some of the more notable features include exclusive contents, a pair of Tokidoki designed back covers, a cute Adios phone charm, a 3.2-megapixels camera, DTS Envelo Technology that is said to offer a virtual surround sound with headset, and of course, connectivity such as Bluetooth and WiFi. not something particularly alluring in terms of specifications but it should at least please Tokidoki fans who has been yearning for a Tokidoki branded phone. in case Huawei isn’t your cup of Earl Grey, you can also grab Tokidoki graphic shields for handsets such as Samsung Admire, Samsung Freedom III, as well as HTC Wildfire. price of the metroPCS Sanctioned by Tokidoki Huawei M835 varies according to the metroPCS price plan you chose.
[ad#Google Adsense-text-468×60]