There’s not one board game that come close to Monopoly’s myriad of editions. We have seen quite a handful, from Fallout to Star Wars to Back to the Future, Monopoly has it all and now, even popular video game Fortnite isn’t spare from the board game treatment. Meet the Monopoly Fortnite Edition Board Game, a game that is no different from the Monopoly you have come to know, except that instead of dealing with fake money; you deal with Health Points (HP). 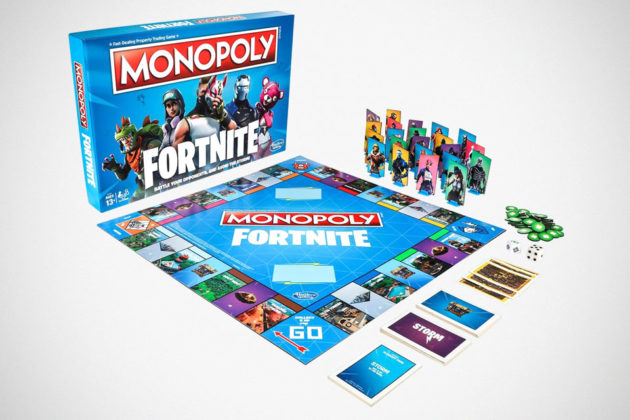 The objective is the same, though, the more HP you have the better and the more locations claimed, is only beneficial to your gameplay. In the process, you have avoid the Storm and use loot chest items and the action die to pit against your opponents. Players get to choose from 27 different character tokens and with each roll of the action die, it will determine if you could build walls on your locations (equivalent to houses and hotels in an usual Monopoly), damage your opponents (similar to charging your opponents money when they intrude into your territories), or pick up health packs (like collecting money for whatever reasons or causes). 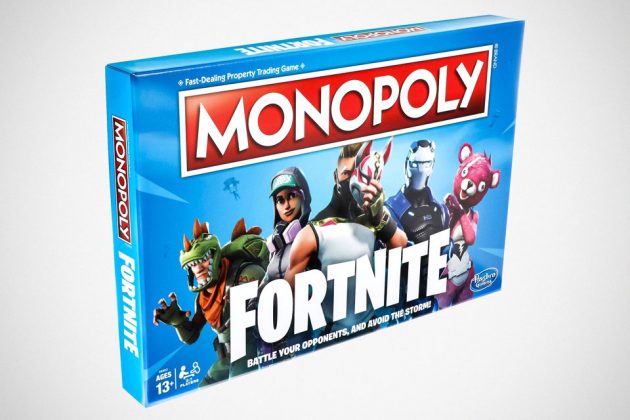 Interestingly, when a player passes the ‘GO’, he/she will unleash the Storm which other players will have to avoid to prevent losing HP. It sounds cool and all, but it is unfortunate that Monopoly Fortnite Edition Board Game’s tokens appeared to be nothing more propped up cards. It will be even more cooler if they were miniature figures. Just saying…

Monopoly Fortnite Edition Board Game will be available October 2018, but already, you can secure a copy by pre-ordering it from Entertainment Earth for $19.99. 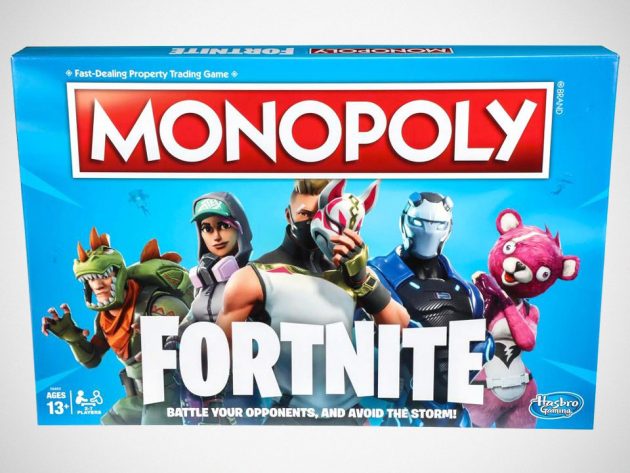 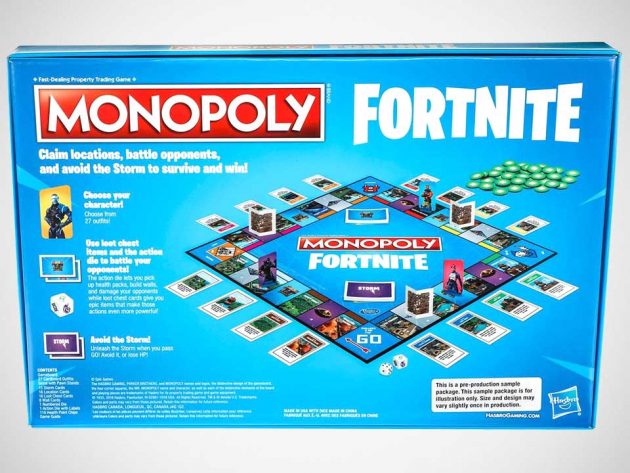