On hindsight, TV is really an obtrusive piece of technology that we have forced ourselves to come to terms with. Why? Because, however pretty it is, it is never part of a beautiful interior design of any home and it never ever will. However, soon we may not have put up with the presence of an awkward black panel. And no, we are not talking about transparent TVs; we are talking about projectors, specifically a projector with TV functionality. 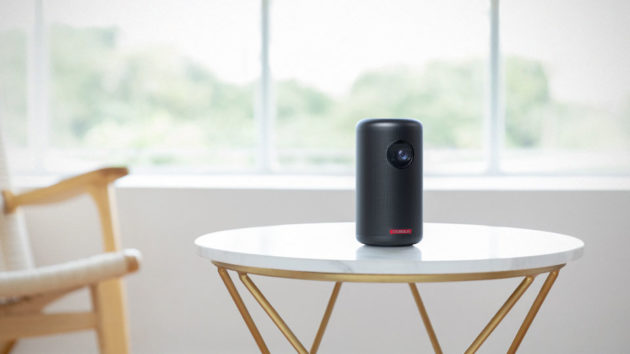 Recently, we saw LG peddling one and now, this: Nebula Capsule II Android TV Pocket Cinema. While Nebula’s offering isn’t as up there in specs, it make up for it in portability and affordability. It is going at $399 or more on Kickstarter, as opposed to LG HU80K Cinebeam Laser 4K Projector which demands a few limbs be thrown in. Like I have said, the specs are not exactly up there, but for that price, you can’t really demand too much. 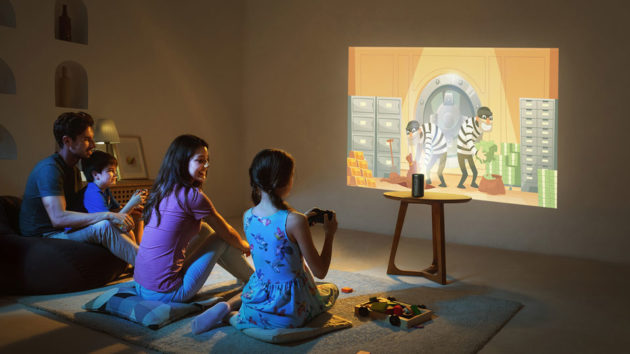 Key features include 720p HD picture, 1-second autofocus, keystone correction, 200 ANSI lumens of brightness offered by OSRAM LEDs, IntelliBright technology, onboard transducers designed by SCANSPEAK, a built-in rechargeable that affords up to 3 hours of playtime, and Android TV 9.0 that opens up a world of entertainment, including video streaming, gaming, and more. And oh, it is also blessed with Google Assistant too, and it has a bunch of connectivity, including HDMI, USB-C, WiFi, Bluetooth – in addition to supporting Chromecast. 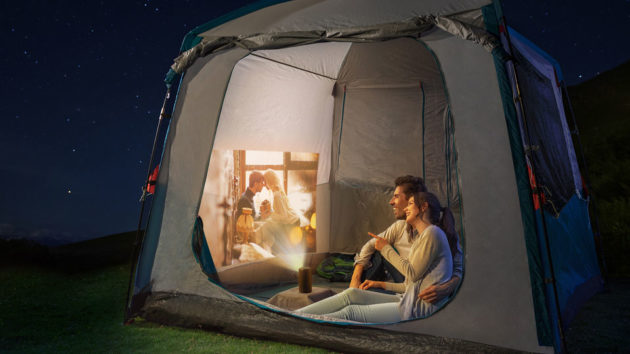 OK. Maybe it is not a quite TV-replacing gadget, but it is almost there. Our hope of non-obtrusive TV is slowly materializing. All it needs now is the support for terrestrial TV channels and who knows? That awkward black panel might just be history.

If you are down for it, you may want to consider joining some the 3,621 backers who has contributed over $1.5 million in funding on Kickstarter in pre-ordering a unit for $399 or more. Delivery is slated to happen sometime in May 2019. Just in case you need a little assurance… Nebula part of accessory giant Anker’s company. So, it is not just anybody. 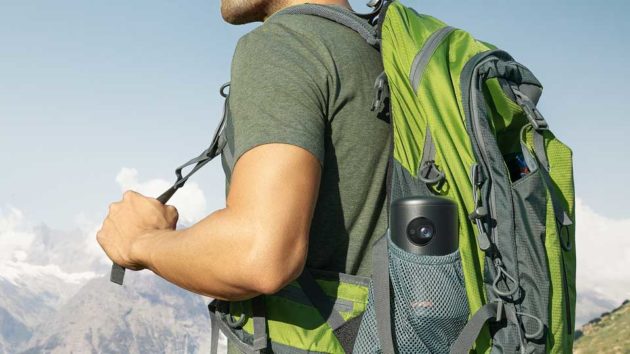 All images courtesy of Anker.