In other parts of the world, people eat strange stuff like maggots, termites and stuff. While the Japanese are not all into those exotics, they are quite famous for regular food or snacks with a twist, like for example, chocolate fries. Speaking of Japan and food/snacks with a twist, Kit Kat is perhaps one with the most out-of-the-ordinary flavors. As of now, there are no less than 15 flavors, which includes Strawberry Cheesecake, Wasabi, Pear, Cinnamon Cookie, Edamame Soybean, Purple Sweet Potato, and even Hot Japanese Chili – just to name a few. And now, the “kitty Katsu” has another odd flavor to add to the list: Japanese Sake. 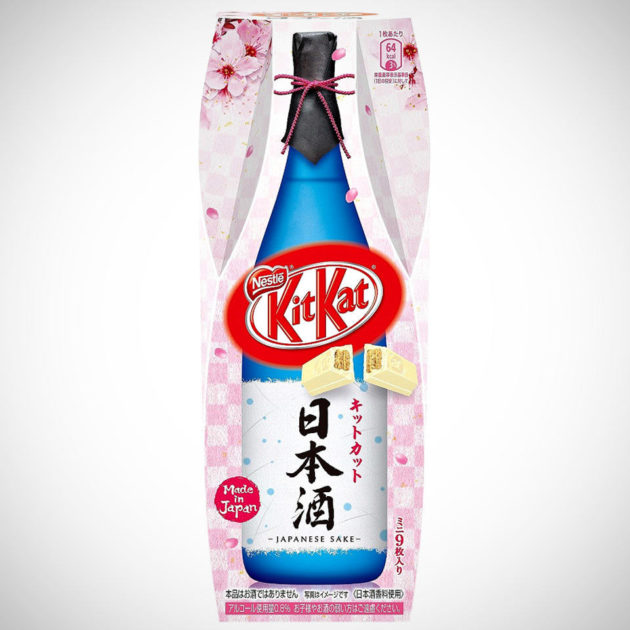 Yup. You heard that right. That’s the Japanese rice wine that we are talking about and if the authenticity with respect to taste is anything to go by, you bet the Sake-flavored wafer snack is going to taste like, well, Japanese sake. Apparently, this alcohol-flavored variety boasts sake powder sandwiched in between the chocolate and wafers, and actually contains 0.8% alcohol. In theory, if you consume enough of it, you will probably be intoxicated. So, it is not advisable to be eating boatloads of it and commandeer a motor vehicle, neither is it a good idea to let your kids have them. On the plus side is, unlike the liquid sake, it needs no heating up prior to consumption.

Nestle Japanese Sake Kit Kat is already on the shelves in Japan. Though, we have absolutely no idea how much does it cost.

NOW READ  With Gundam Hyaku Shiki Tofu, Fans Can Have Their Gundam And Eat It Too