If you don’t already know, bike sharing is all the rage in Asia, especially in China and in East Asia. When we talked about bike sharing, we are not talking about those two-wheeler you pick up at fixed locations; we are talking about bikes that you can pick up anywhere you can find littered around. This system has no fixed return and pick up point. Yes, it can get a little messy and it is also a test as to if a locality is ready for good things in life. Obviously, it has not gone down very well for businesses who have saw bikes being stolen, park errantly and such, but that hasn’t stop Singapore-based startup, Neuron Mobility, from taking a dip in this novel bike sharing market. 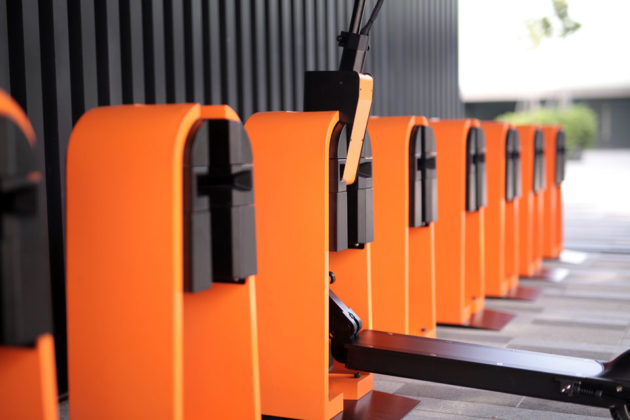 However, Neuron Mobility has an entirely different take. Instead of the traditional two-wheeler, the company’s fleet of two-wheeler are e-scooters, or electric scooters, and unlike the current favored park-anywhere system, it falls back onto the good old designated pick up and return points way of doing things. While this may appear counter-intuitive and most certainly won’t be as popular as the ’casual’ pick up and return system, it is necessary to eliminate errand parking issue. Besides, these vehicles need to be charged and therefore, they can’t really afford to be anywhere users wish. 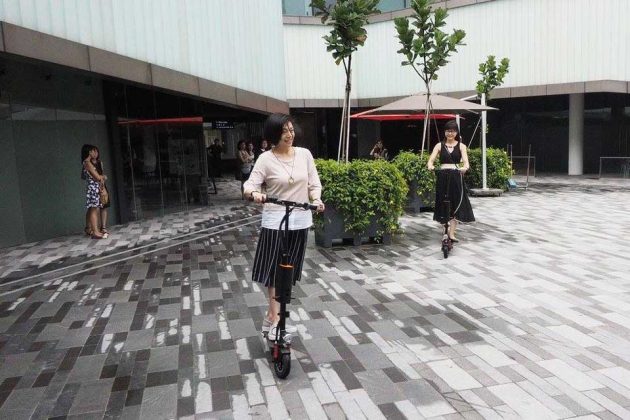 Making up for the lack of convenience (in terms of parking and picking up), the e-scooter is, as the name implies, motorized. With electric motor taking over the legwork, it should win enough support from those who want to make the last mile without sweating profusely at the end of the journey. Moreover, e-scooter is significantly smaller and more nimble, and therefore it will be a good alternative to cumbersome bikes that have proven itself to be constantly in the way of trove of pedestrians and obviously, you’d be traveling with a lot more style than a bike because, e-scooter.

With carefully targeted area, Neuron Mobility’s vision may have just found the sweet spot for this business. For example, its pilot is at Singapore Science Park, a business area spawning 29 hectare, could prove to be a relieve for folks working there who currently rely on shuttle buses as an alternative to walking around the large multi company campus. Electric vehicle like an e-scooter also eliminates the dread of tackling the sometimes rather undulating roads exist in some areas. Apart from being electric and an e-scooter, what sets Neuron Mobility apart from the traditional bike sharing with fixed pick up and return points is flexible (but more for the company, really). How so?

The charging docks are not bolted down, which allows the company to shift the charging stations based on trends and usage. Those data are, of course, collected over time as the fleet is being utilized. And then there’s the question of security; how the charging stations will not be, well, stolen. It probably won’t, by the virtue of its weight. It will still run the risk of being knocked over or moved with great amount of strength though, but this being Singapore, such mischiefs will unlikely to happen. There’s no mention of security cameras, but I am sure they will be in place to further aid in deterring crimes against the station and the e-scooters.

As far usage goes, Neuron Mobility’s e-scooters work much like the current bike sharing system which means each vehicle will have QR code that works with a dedicate app to unlock the vehicle, track your usage based on time, and compute the amount chargeable to you. Speaking of chargeable amount, Neuron Mobility will levy 50 cents Singapore money per 15 minutes of usage. This also leads to an obvious caveat. Unlike its competitors’ bikes, which by engaging the lock manually will stop the bike rental there and then, the users of e-scooter will have to locate the station, get it docked and locked to stop any further charging. And also obviously, if the nearest station is not at your desired location, a little hike is to be expected.

With the park anywhere bike sharing, on the other hand, you can simply drop yourself off right at your office building – at the expense of frowns from the building management, of course. That said, there will never be a perfect solution. What Neuron Mobility proposes is a middle path which, for now, seems like a good balance for the company and the users.