Do you own a 370Z? Yes? But can your 370Z take on the powdered ground? Probably – if you have snow tires/snow chain on its rolling stock, but I bet it will not be as maneuverable as this 370Z here. Specially constructed for this year Chicago Motor Show, this snow-going 370Z sports a head turning geometric pattern wrap, yellow tinted headlights and shares much of the regular 370Z features, including the a 3.7L V6 motor that puts out a healthy 332 horsepower, 7-speed auto gearbox, cloth power-folding roof et cetera, but the similarity does not continue beyond the drivetrain; this snow beast here is in effect, a snowmobile – thanks to the skis and tracks it now rolls on. So, you still think your 370Z’s good for the heavily powdered mountains? Well, think again. 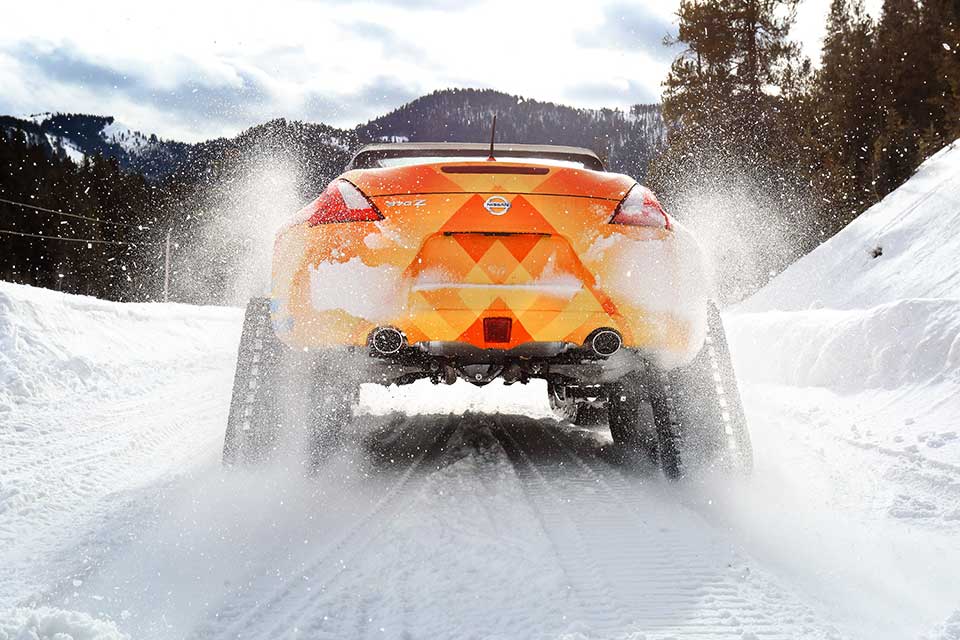 Cleverly christened 370Zki (pronounced as 370-Ski), this one-off 370Z snowmobile is ready to take on the ski slopes and backwoods trails like your regular 370Z takes on the tarmac. In addition to the new shoes, the suspension was also modified to enable a higher ride height to enable it to tackle snow terrain even more effectively. Furthermore, the engine and transmission were also custom-mounted, while a front skid plate was incorporated to keep the front undercarriage free from harm. It was an interesting built – something which we never have expected from Nissan. But why a snow-going 370Z and why Chicago? I don’t know. Could it be the recent cold spell that had befell on the city?

The Nissan 370Zki will make its debut at 2018 Chicago Auto Show which runs from February 10-19. Unfortunately, it will only be there as a static display, which means, it won’t be kicking up any snow. Awwww… what a shame. In the meantime, treat yourself to a few more images.

Also, keep on going for a video of this snow-Z tearing the white powdered ground. 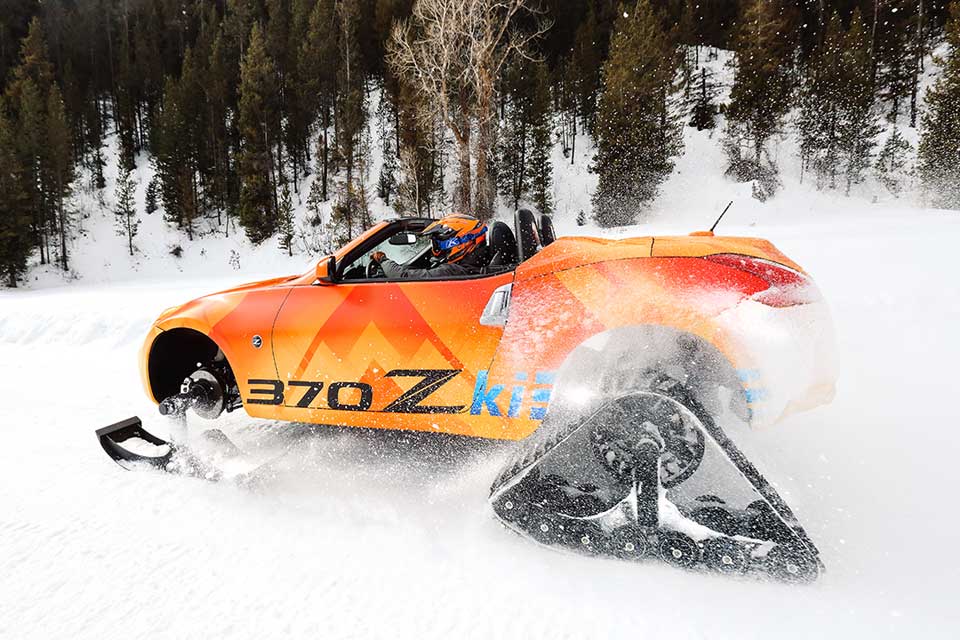 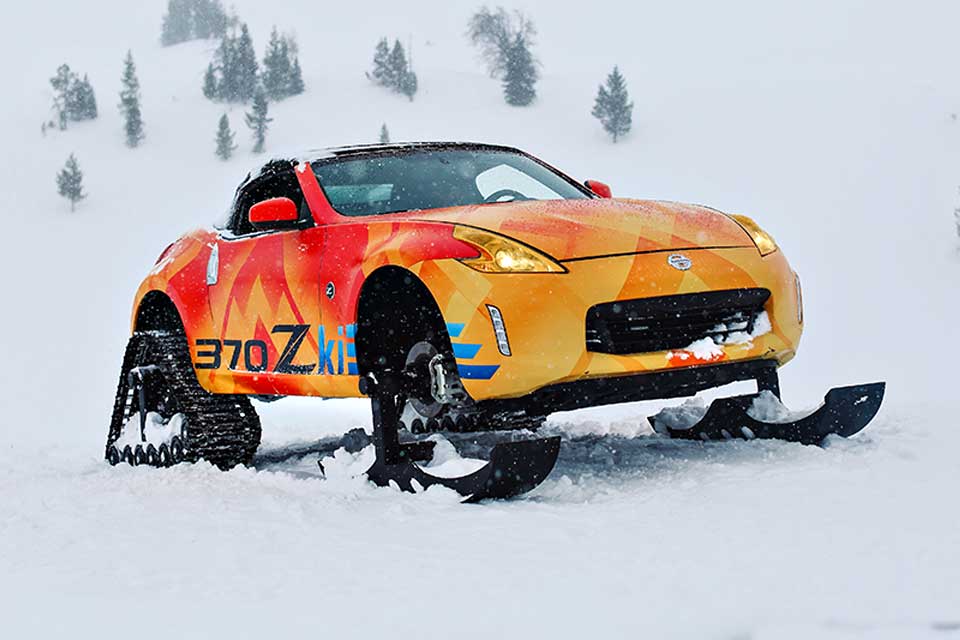 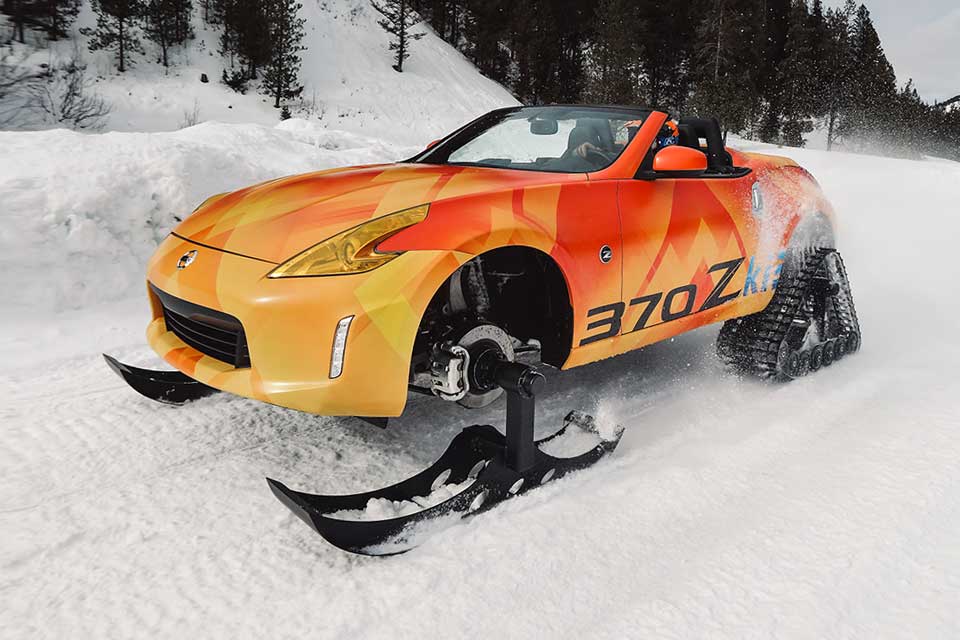 All images courtesy of Nissan USA.