one look at the PL-01 Concept Tank, i bet you didn’t think it is a machine of this era. it looks more like a tank pulled from the pages of a science friction graphic novel. anyway, this tank is very much the real-deal, or at least soon-to-be a real deal and it packs quite a punch in terms of the technologies that goes into it. we are not war advocates, but this war machine sure looks super cool, made even more cooler by the invisibility cloak it is wearing. yes. you heard us. invisibility cloak. developed by Obrum, which is part of Poland Defence Holdings (PDH), the PL-01 Concept is based around BAE Systems CV90 AFV which we saw way back in 2011 and features the super cool Adaptiv systems that will make the vehicle invisible to infrared by matching the tank’s skin to the infrared signature of the surroundings. in this way, the tank will be invisible to infrared-based weapons and devices, though it is still visible to naked eyes. 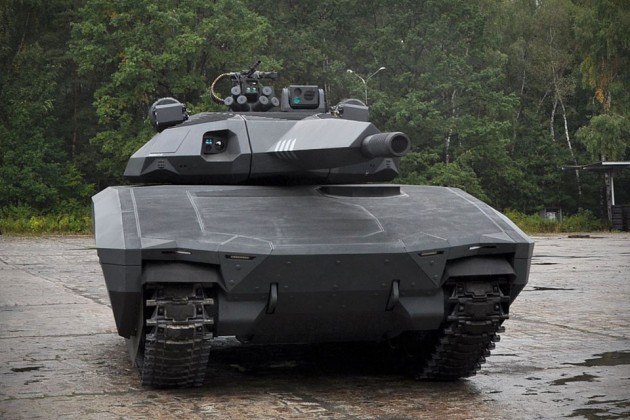 it also features radar absorbing material to reduce its visibility to airborne crafts and the Adaptiv systems can also mimic other types of vehicle or common objects so that what the enemies see through their infrared devices will be just some harmless car, thereby greatly increase its survivability. additionally, these hexagonal pieces also allows it to mark itself to avoid friendly fire. 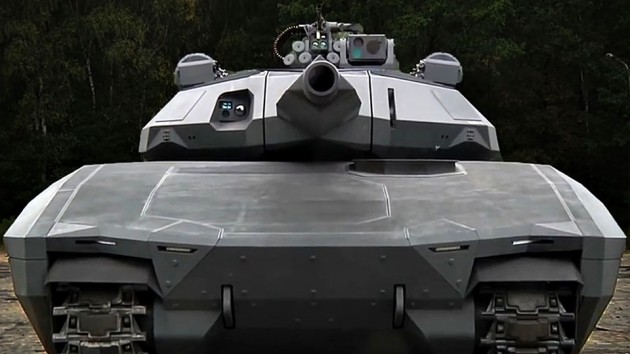 defense systems include launchers to counter incoming rockets and missiles, a bunch of sensors to aid in detecting threats, exhaust cooling system to reduce the vehicle heat signature and smoke grenade launchers integrated into the turret. the effective use of the technologies allows the tank to cut down a crew of 4-5 men, typical of a main battle tank, to just 3. it has a modular unmanned turret, mated to a 120mm smoothbore cannon (105mm is also doable) with a fully automated loading unit that enables it to unleash around six rounds in a minute.

the tank’s main armament is complemented by a 7.62 coaxial gun and remotely controlled weapon station with a 7.62mm or 12.7mm machine gun or 40mm grenade machine gun for close proximity attacks. additional features include day/night commander’s panoramic sight, day/night gunner’s sight, constraint surrounding panorama observation system, a rear hatch for loading of ammunition and evacuation, and modular additional armor system for both turret and chassis. the technologies incorporated ensures survivability and battle effectiveness, and could well be described as a dream come true for tank crews.

via Foxtrot Alpha
with reference to: Jane’s