In this episode of Manmade Nightmares*, we witness a robotic octopus tentacle showing off its life-like dexterity, complete with a hissing soundtrack, that guarantees to induce nightmare in some of us. Developed by robotic company Festo, who is also behind a ton of biomimicry projects (like the bionic kangaroo and the robotic seagull), the aptly named OctopusGripper demonstrated its ability hold of things on its soft, lack of hard structure tentacle. It is pneumatically controlled, affording the tentacle the ability to flex and grab on to objects like a real octopus would.

Like the sea-dwelling invertebrates it also has suction cups that, when vacuum is applied, enable an even secure grip. The result is a highly flexible robotic limb that is soft to touch and yet has complete dexterity to hold a rolled up magazine without crushing it and even holding up a bottle of water and tipping over to fill a cup. Well, that’s just eerily awesome. Right now, Festo only created a section of the tentacle and have it mounted to an equally flexible arm that’s made out of soft materials. True to the nature of an octopus, this robotic arm has no joints like a typical robot; instead it has compressible “bellows” pack inside it that serves as the robot’s “muscles” to enable the movement. 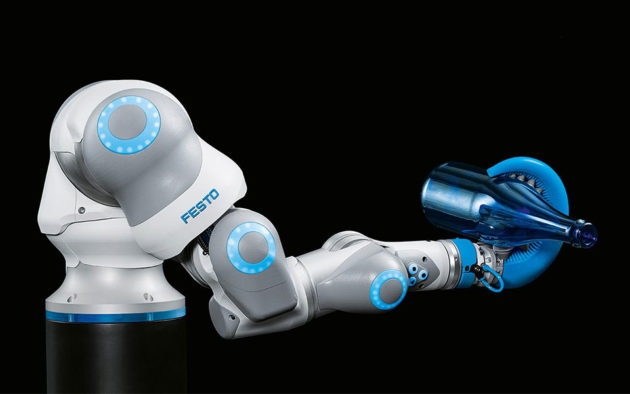 The arm is divided into three segments, each having its own freedom of movement that can work together to achieve complex maneuvers, allowing it reach into places where only a three-jointed human arm can. In fact, OctopusGripper should be more superior than humans since it won’t feel the lack of strength when extending deep into nooks and cranny. Speaking of strength, OctopusGripper is totally capable of lifting and work with weight as heavy as itself, which is something like 6.5 pounds.

Basically, what you need to know is, humans are totally capable of creating animals without dabbling in bioengineering (i.e. without playing God, so they say). But this can be a rather unsettling prospect, depending on how you look at it. Ok, maybe it is not if we don’t give it more than it should and by ‘more’ we mean sophisticated AI with the ability learn and also, touch senses. 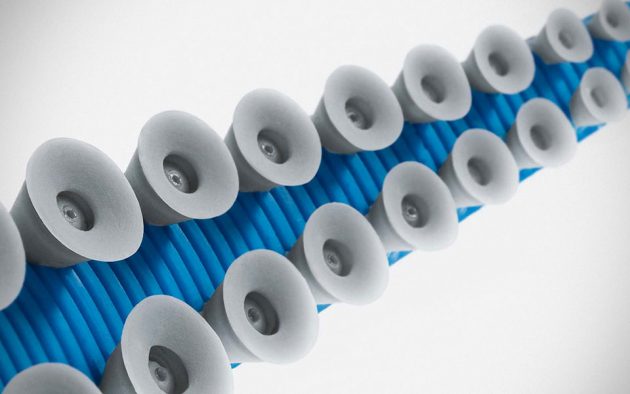